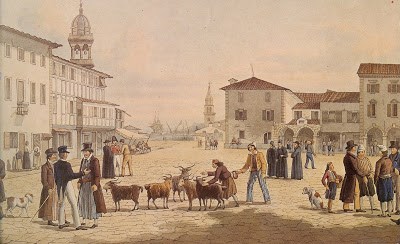 21st May, for Zakynthos a double celebratation.

Louise Inzk 20th May 2019 Blog Comments Off on 21st May, for Zakynthos a double celebratation. 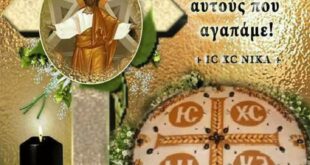 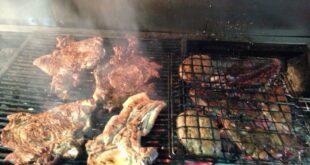 Zakynthos:- A story to tell…….Celebrating Tsiknopempti. 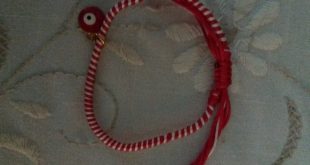 Tuesday, 21st of May. A special day for us Zakynthians not only are we celebrating the religious event of  St. Helen and St. Konstantinos but it is also the official day for Zakynthians to celebrate their independence.
In October 1798, the Turkish fleet occupied Zakynthos. On March 21st, 1800, a treaty between Turkey and Russia was signed. This contract established the first independent Greek State of the Seven Islands and was effective for seven years.
From 1815 to 1864 the Ionian Islands were under the protection of England and were called the “United States of the Ionian Islands”. The flag with the Venetian Lion was again in use after 1817, with the addition of the British flag on the upper corner. 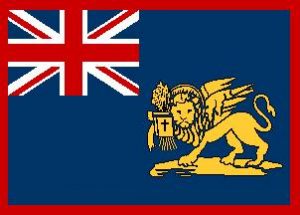 In 1809, the British fleet occupied Zakynthos, and Zakynthos then became the titular capital of the Ionian State. At the same time, the rest of Greece was under Turkish occupation. With a base in Zakynthos, the Filiki Etairia (Company of Friends) which promoted the rebellion against the Turks was able to help fight for the cause to be released from Turkish occupation. 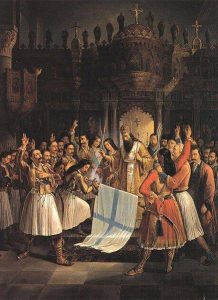 In 1830, Greece became independent. Then in 1851, a member of Parliament, Ioannis Typaldos Kapelatos suggested the union of the Seven Islands with Greece. The British reacted violently, but the Zakynthians under leadership of Constantine Lamvardos carried on the struggle for the union with Greece. Finally, on May 21st in 1864, the Greek flag was raised on the island. 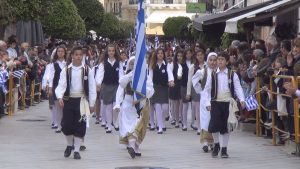 A parade every year to honour our reunion is held in Zakynthos town where a church service at St. Dionysios church commences it. Then a wreath laying memorial service follows at the Square of the “Pesonton” and in continuance of the celebrations a parade takes place pass the Town Hall.  As it is a celebration public offices will be closed, however tourist resorts will be open for normal bussiness.

Louise is Australian born and has been a Greek citizen since 1991. She has deep cultural ties with the island, often writing about Zakynthian Traditions and Culture. She is also an active member of the Volunteer Group of Zakynthos, Giostra Di Zante and is a member of the women's choir "Rodambelos". Her love of the island and all it offers saw her joining the Zakynthos (Zante) Informer admin team in 2014.
Previous Greece’s weather: In the grip of Sahara Dust, May 20-24, 2019
Next The UK’s austerity policies have left thousands without enough food, HRW says 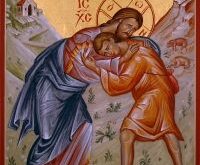