Breaking News
Home / Blog / A Treacherous and murderous past 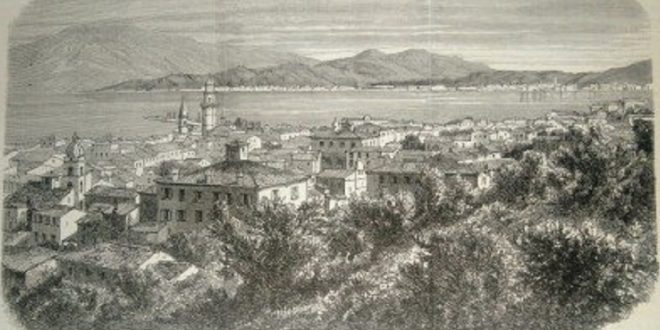 A Treacherous and murderous past 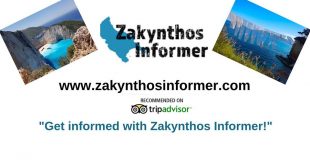 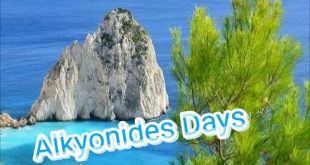 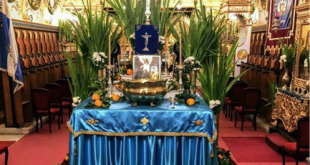 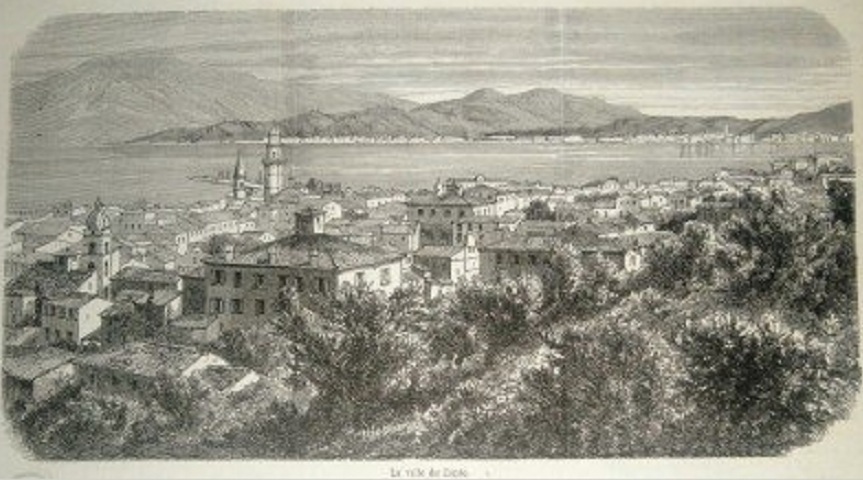 As holidaymakers touch down on the island of Zakynthos they see an idyllic green land filled with olive and cypress trees, and a coastline that’s hugged by crystal turquoise seas, just waiting to be explored, but it hasn’t always been that way. Whilst it has always been a green, verdant land with a beautiful coastline, Zakynthos’ past is a varied and at times treacherous one, filled with tales of murder, mayhem and conquer, that dates back centuries. It has undergone so many changes since those first days of habitation and been fought over by many countries, but it is these different eras that have ultimately created the island that Zakynthos is today.

The prehistory of Zakynthos is an interesting one full of myth and mystery. What we do know is that the island was thought to have been inhabited since 1500 B.C. and originally named Hyrie. The island’s name was changed to Zakynthos, reputedly after the son of Dardanus, when he came to the island from Psophis in Arcadia. The main acropolis city on Zakynthos was then re-named Psophis. Modern day Zakynthos Town stands on this ancient site of Psophis, but nothing of that city remains save for a handful of inscriptions and columns. The main citadel was situated on the site of what is now Bochali castle overlooking the main town. These early visitors to Zakynthos not only built their own settlements but also explored other shores, including Spain where they created another settlement called Zakantha, and the Greek islands of Crete and Paros. Later on, Zakynthos was famed for its part in the Trojan wars, as documented in Homers works The Odyssey and The Iliad. 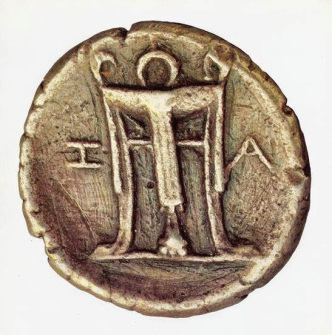 Nestled between Prehistory and the Roman era, is an era of uncertainty for Zakynthos. Not much is known but the few reports we do have state that Zakynthos was drawn into numerous wars including the Pelopponnesian and Macedonian wars, which at the time saw much of Greece in turmoil, a tumultuous time when tribe fought against tribe with Athens at the forefront. 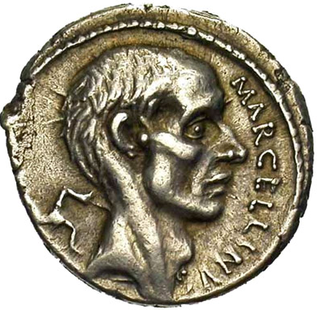 At the end of the Macedonian wars, the Roman Empire was on the rise and Zakynthos didn’t escape the might of Rome. The Romans invaded Zakynthos taking it from the Macedonians who had captured the island around two hundred years B.C. The Macedonians took the island back from the Romans, who then lost it to the tyrants of Akraganda, who then sold it to the Achaians! Rome fought hard to get the island back however, determined not to lose it. A Roman called Consul Flaminius deviously argued with the Achaians stating that the island was never truly theirs and that the Romans actually already owned it, having gained it as a war prize. Flaminius’ story worked and the island came to Rome again, and the Romans moved a garrison onto the island. Zakynthians weren’t happy under Roman rule and tried to fight back, but they lost. In the end Zakynthians were reluctantly forced to live alongside the Romans and they remained on the island until the fall of the Roman Empire. 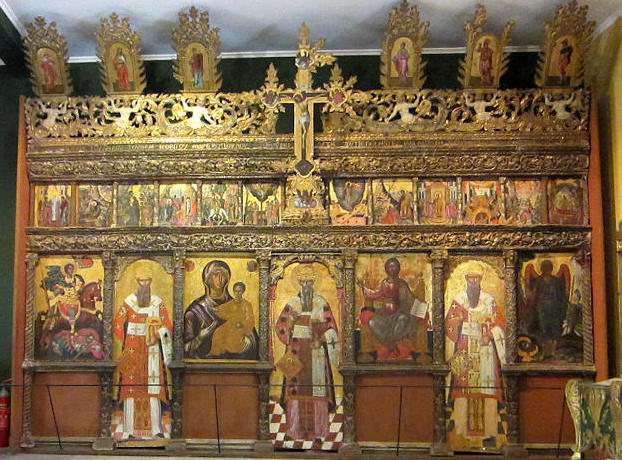 The end of the Roman Empire gave rise to pirates, goths, huns, and vandals who became the scourge of the Mediterranean, attacking often, and without care for who got in their way. Zakynthos didn’t escape, and many islanders were assaulted, plundered and even murdered in the process. When the Byzantium Empire was created, Zakynthos was still under threat from unwanted raids and their hopes for a brighter future, as part of the Byzantium Empire were swiftly dashed. Under Byzantine rule islanders had hoped for a calmer and better life, but the island suffered from great poverty, with residents split into a harsh three tier system; Nobles, Artisans and Merchants, and commoners. It was around this time that Christianity came to Zakynthos and it is thought that Mary Magadelene visited the island in 34 A.D. and the local Village of Maries is said to be named after her. 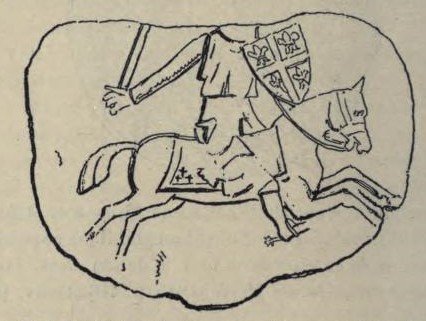 THE CRUSADER AND FRANKISH ERA

As the Byzantine era on Zakynthos waned, it was replaced with the most unstable era of all. The island, still suffering with attacks from pirates, was invaded first by the Crusaders and then the Franks. Under the Franks the island was ruled by the Orsini family. Over the generations that followed it would be a formidable rule where they neglected the island and put themselves before the islands population. By the time the last Orsini died, it had been a truly tumultuous succession of rule. One Orsini had married a despot, another had been suspiciously killed, another murdered a despot, one murdered his own brother, and the wife of the remaining Orsini poisoned her own husband! Rule of Zakynthos was then handed to a close friend of the son of the King of Naples, but the generations that followed were just as unstable. In the end the island was attacked by the Turks and Zakynthian residents were only saved when the Venetians intervened. 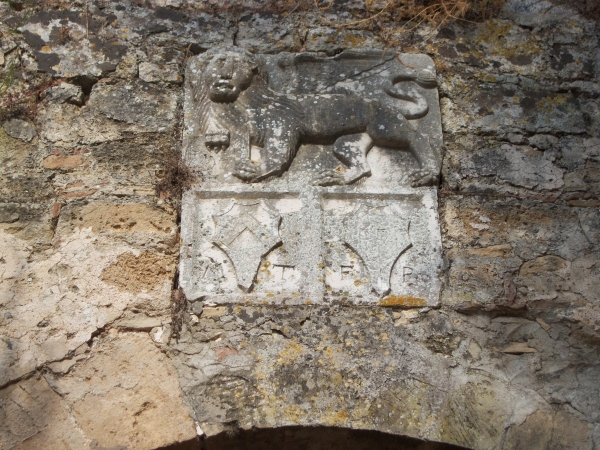 After striking an alliance with the Turks the Venetians finally ruled Zakynthos. The price of rule was paying taxes to the Turks. The Venetians invited many from their home country to come and join them to live on the island and they introduced a new way of life to Zakynthos. There were nobility titles for many and a lot of tax exemptions. Life for many Zakynthians was good and they set up a new system of democratic rule in the island, and an elected government was introduced. Life wasn’t good for everyone though as the island still had a three tier class system in operation; the nobility, artisans and merchants, and commoners. The commoners were banned from voting and this began to cause upset and tension, and almost 150 years after the Venetians taking control of the island, Zakynthians revolted against them. The commoners demands were simple. They wanted the same rights as the rest of the islands residents, most notably the Nobles. The Venetian government refused and violent clashes ensued, and things went downhill for the Venetians who ended up ruling for around 350 years, before eventually losing the island. 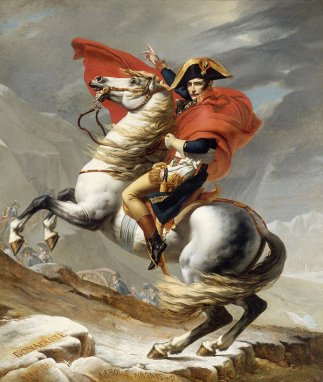 THE FRENCH AND RUSSIAN-TURKISH ERA

The French conquered Zakynthos in 1797, but it wasn’t straightforward, and their rule only lasted fifteen months. Upon the resignation of the last Venetian Governor in 1797, Zakynthos residents celebrated at finally seeing the downfall of the nobility who they felt had treated them so unfairly. They celebrated in the streets, burned emblems and coats-of-arms belonging to the islands Venetian nobility and even planted a “tree of freedom”.

The island governed by the French Consul, saw in a new if short, era where a municipal council was formed. The council created local communities overseen by mayors and did away with aristocratic titles. The remaining Venetian nobles were furious at their treatment and tried to spread trouble, but it was foiled by the French. 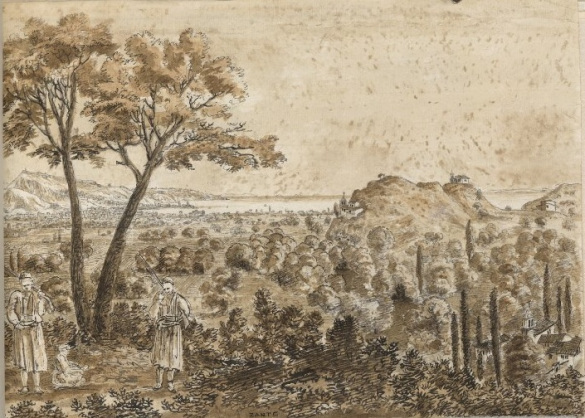 In 1800 the Russians and Turks signed a treaty that officially founded the Ionian State. This new treaty played into the old nobles hands and they tried to sway the government to their own terms saying that the island of Zakynthos should only be served by nobility. Commoners however didn’t agree and a revolt was lead by the Zakynthos Democrats who sought help from the English, they even ran an English flag up the pole on the Venetian castle. The bid was unsuccessful and it would be another eight years of Ionian State rule before the Zakynthos Democrats finally got their way. 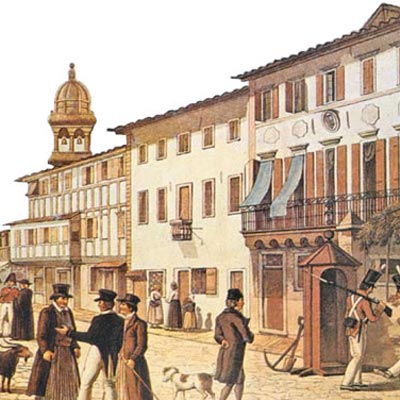 In 1809 the wish of the Zakynthos Democrats finally came true when three English frigates containing thousands of English soldiers sailed into Zakynthos harbour, climbed the fortress and hoisted the English flag above zakynthos Town. The English put many positive measures in place including looking after people’s health, administration of the island – such as repairing roads and pavements, and even created a public place to print publications that included “The newspaper of the free islands”.

Despite their rescue, over time Zakynthians became unhappy with the English rulers, their behaviour being seen as overbearing and tyrannical, and once again they set about trying to get rid of the English, including petitioning against them. As the Greek War of Independence began in 1821 the English was still ruling Zakynthos. Local Zakynthians joined their fellow Geeks and played an important role either as soldiers or by donating money to the cause. Eventually Greece gained independence, and Zakynthos was reunited with Greece and the English were forced to officially hand the island back to the Greeks. 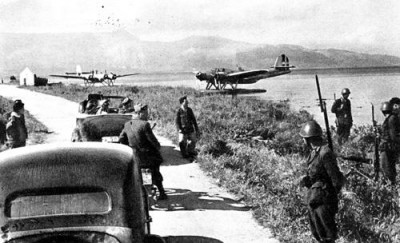 THE GREEK ERA AND WW2

The year was 1864 and Zakynthos was once more Greek. Life settled into normality for the Greeks after much celebration of independence. Governments were created, people learned to live peacefully and Greek life was hard, but for the first time, in a long time the island was free from attack. Like the rest of Greece however Zakynthos didn’t escape world war two. The island was invaded by the Italians falling under the axis powers until the Germans finally invaded. The island stayed under German occupation until the war ended. The most notable story from World War Two was the saving of the entire Jewish populous by the islands Mayor and Bishop, the only place in Greece to do so.

Sadly, the end of world war two wasn’t the end of war in Greece. The country was plunged into the Greek Civil War, a war that took place between 1944 and 1949, and was between the communists and the exiled Royalist Government. It was a bitter battle that pulled in not only the British, but the Americans too. In the end the communists finally surrendered in 1949, with many escaping over the border into Albania, but it was a war that no one won. It plunged Greece into chaos, and in the end around 500,000 Greeks were displaced and another 50,000 tragically lost their lives. 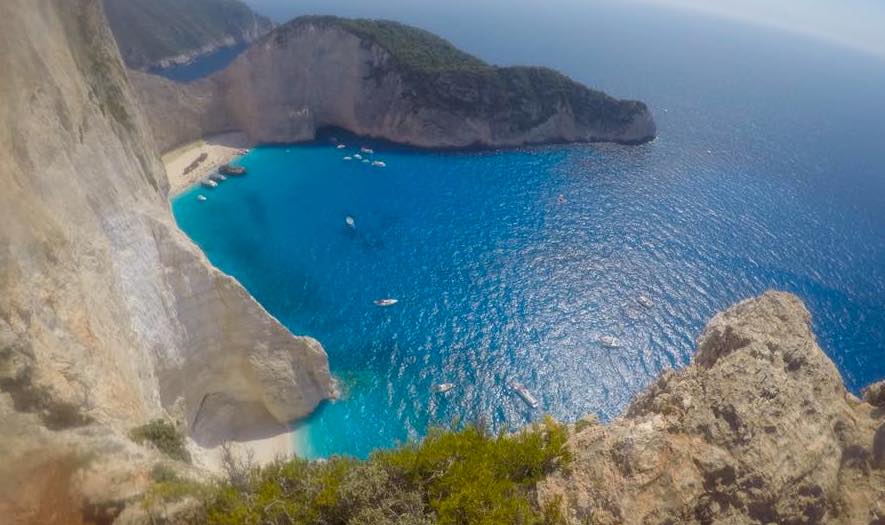 Now the island is enemy free, firmly in Greek hands and the only people invading are the huge numbers of holidaymakers who travel here every year to enjoy their time in the sun. Those who do visit Zakynthos never realise what a historic and interesting land they are walking upon, and it’s easy to lose site of it in a resort or on the beach. But if you head to the mountains or off the beaten track, evidence of past dwellers is everywhere. It’s in the trees, buildings and villages, and maybe, just maybe if you close your eyes and listen carefully you may hear the cries of these past island residents as they try to defend their home, the island they loved so dearly, for future, hopeful generations.

Author note: The history of Zakynthos is an extremely long, complicated and intricate one, and to write it all would fill an entire book! This post is a short version of the islands historic events to help give readers a small idea of the eras and past events.

Chrissie Parker joined the Zakynthos Informer Team in 2014. Chrissie’s first experience of the island was a combined birthday and wedding celebration, in true Zakynthian style. Since then she has been able to combine her love of the island, including its incredible history, tradition and culture, with her love of writing.
Previous Rugby Team Created on the Island
Next Huge Soviet ‘mind control’ radar hidden in forest near Chernobyl 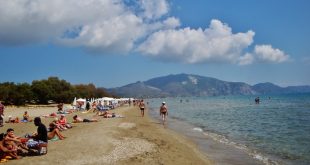