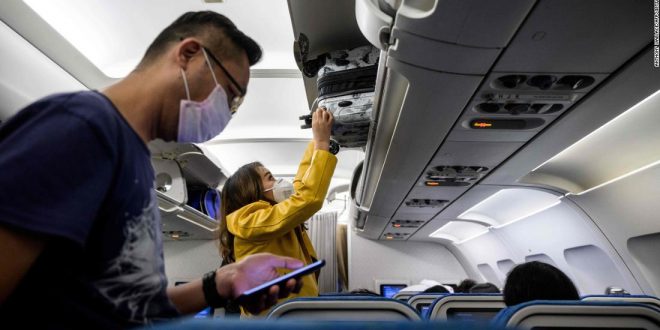 Liz Osborn 2 weeks ago Greece, International, News Comments Off on According to “The SUN” – Greece remains in the “red” countries for British tourists

According to a report in The Sun newspaper.

British tourists wishing to visit Greece will continue to be subject to strict quarantine upon their return. Despite the reduction of cases, and the impending opening of tourism in our country. Something similar is expected to apply to Spain, as reported by Britain.

In the system of “red” countries (those that are considered dangerous due to high Covid dispersion) and “green” countries (those that do not require quarantine before or after the trip, but only a negative test / vaccination certificate). It is expected to be announced by the British government for vaccinated people who want to travel abroad, Greece remains in the red.

Rumour has it that only Gibraltar and Malta, Israel and Iceland have won the “green” status. France, Spain and Greece appear to be a few weeks away from joining the scheme.

Portugal also, due to its high vaccination rate, seems quite likely to be included in this list, which is expected to be revealed on Thursday or Friday.

Since a large percentage of the permanent residents of the islands of the Cyclades, the remote islands and Crete have been vaccinated. It is quite possible that our country will be on the “green” list of Great Britain, from next week, or even when its first update.

Liz Osborn's first experience of the island was as a holiday rep in 1992. She fell in love with everything Zakynthian and has been here since then. Liz became a Greek citizen in 2003 and has been active in tourism and the Greek life over the years. Liz's support of the island saw her joining the Zakynthos Informer team in 2020
Previous Booking “explosion” for Greece and Cyprus – What the head of the German company FTI says
Next Zakynthos 2021, what to expect!