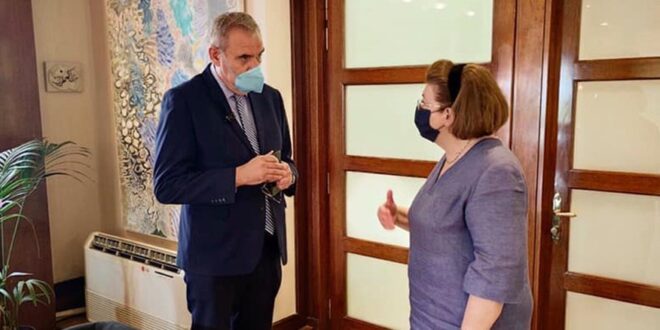 Louise Inzk 2 weeks ago Local Comments Off on Aktypi – Mendoni meeting Strofadia, Venetian Castle and Museum on the agenda 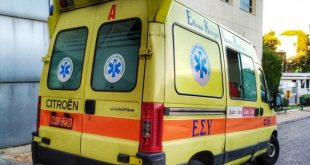 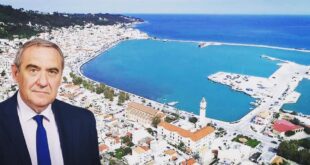 • MP D. Aktypis: “The Minister. Of Culture performs remarkable work throughout the country ”

More specifically, the Minister informed that a temporary contractor has already been appointed for the project in Strofades, while by July 15, and after the period of objections has passed, the contractor will be installed in order for the works to start normally.

In addition, the Minister stressed that the Ministry of Culture through the competent Directorate for the Restoration of Byzantine and Post-Byzantine Monuments is carrying out work on the Castle of Zakynthos and at the same time is maturing the studies totaling 75,000 euros to proceed with the financing of the Recovery Fund.

Also, according to the Minister, the Ministry of Culture is rapidly proceeding with the procedures for the completion of the study for the project of the total renovation and upgrade of the Post-Byzantine Museum of Zakynthos, totaling 580,000 euros, which it has included in the Public Investment Program.

The Member of Parliament invited the Minister to our island, “so that she can see for herself the remarkable work that the Ministry of Culture is carrying out in our country”, as Mr. Aktypis characteristically stated, adding: “A big thank you and a huge congratulations to the Minister of Culture, which undoubtedly does a remarkable job throughout the country. As far as Zakynthos is concerned, it is now clear that the contribution of the Ministry of Culture is valuable for the substantial strengthening, modernization and development of the cultural infrastructure of our island. After all, the preservation and maintenance of our cultural heritage is one of the main goals we have set. ”

Louise is Australian born and has been a Greek citizen since 1991. She has deep cultural ties with the island, often writing about Zakynthian Traditions and Culture. She is also an active member of the Volunteer Group of Zakynthos, Giostra Di Zante and is a member of the women's choir "Rodambelos". Her love of the island and all it offers saw her joining the Zakynthos (Zante) Informer admin team in 2014.
Previous Jet 2 – Postpones its plans for July 1 – Following the announcements of the British Government
Next Greece:- Coronavirus: 1112 new cases today in Greece – 34 dead and 445 intubated. Including detailed statistics of Zakynthos 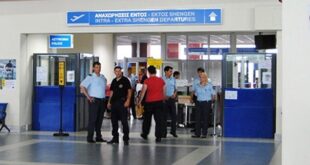 Zakynthos:- Arrests made at our local airport

Twelve (12) foreigners were arrested at the airports of Zakynthos and Kefalonia, in an attempt …