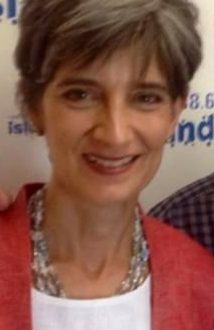 The Ambassador of Great Britain to Greece, Mrs Kate Smith, met today with the Minister of Tourism, Mr. Haris Theocharis.

During the meeting, Mr Theocharis and Mrs Smith discussed issues raised by the suspension of Thomas Cook, the ongoing British tourist return operation, as well as issues such as Brexit and bilateral relations.

In a statement after the meeting, the tourism minister said: “We had a very good and productive discussion with our very good friend, Ambassador Kate Smith of Great Britain.
We discussed the full-fledged repatriation operation of British tourists. We also talked about other issues, such as Brexit and bilateral relations. “
“Of course, the key issue on today’s agenda was the economic collapse of Thomas Cook and how it affects our country and Great Britain as well as the measures taken to address this issue immediately,” the minister said.

For her part, Mrs. Kate Smith said: “Our priority is the success of large-scale repatriation. There are 17,000 tourists who came from Britain yesterday and have to return in the next two weeks from 13 different parts of Greece. I would like to stress that all the aircraft involved in this operation have been safeguarded. The British Civil Aviation Authority, which has taken over the huge operation, is in contact with the hotels with which Thomas Cook has partnered on holiday packages, informing them that the cost of their stay for bankruptcy-affected clients has been met. “

For the full story in Greek clιck on source :- https://www.imerazante.gr

Louise is Australian born and has been a Greek citizen since 1991. She has deep cultural ties with the island, often writing about Zakynthian Traditions and Culture. She is also an active member of the Volunteer Group of Zakynthos, Giostra Di Zante and is a member of the women's choir "Rodambelos". Her love of the island and all it offers saw her joining the Zakynthos (Zante) Informer admin team in 2014.
Previous The human side of the Thomas cook collapse
Next Donald Trump: Boris Johnson is ‘doing very well’