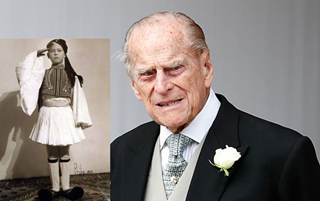 Paying respects to the Duke of Edinburgh

The Zakynthos Informer Team would like to pay their respects to the Royal family, upon the news of the passing of Prince Phillip, the Duke of Edinburgh.

Prince Philip was born in the Ionian islands in Mon Repos on the island of Corfu on 10 June 1921, to father, Prince Andrew of Greece and Denmark, and Mother, Princess Alice of Battenberg.

His family status gave him titles of Prince of Greece and Prince of Denmark. He was baptised Greek Orthodox at the church of St. George in Corfu’s old Fortress.

Due to events in Greece at the time Prince Philip left Greece as an infant, but he never forgot his Greek heritage and was very proud of it.

In 1947 he married Elizabeth the Queen of England.

Today, 09 April 2021, it was announced by Buckingham Palace that The “Duke Of Edinburgh had passed away.

“It is with deep sorrow that Her Majesty The Queen has announced the death of her beloved husband, His Royal Highness The Prince Philip, Duke of Edinburgh. His Royal Highness passed away peacefully this morning at Windsor Castle.”

The loss of a family member is never easy, whether you are a normal person or in the public eye. We offer our deepest condolences to the Duke of Edinburgh’s family at this time.

Liz Osborn's first experience of the island was as a holiday rep in 1992. She fell in love with everything Zakynthian and has been here since then. Liz became a Greek citizen in 2003 and has been active in tourism and the Greek life over the years. Liz's support of the island saw her joining the Zakynthos Informer team in 2020
Previous Jet2 Announcement about Summer 2021 Holidays
Next More tour operators postpone dates for Summer 2021