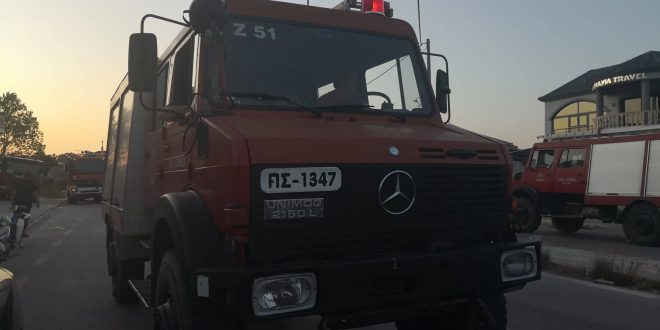 Argassi:- MP of Zakynthos thanks Fire Department for their quick action

Louise Inzk 20th May 2020 Local, News Comments Off on Argassi:- MP of Zakynthos thanks Fire Department for their quick action

In a note of thanks, our local Member of Parliament, Mr Dionysios Aktypis praised our fire service.

The fire Department was called to extinguish a fire in the area of Argassi yesterday and thanks to their quick action the worst was avoided. 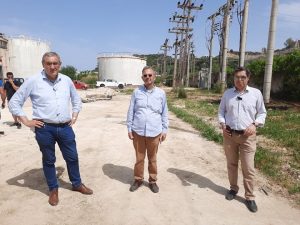 A note of thanks.

Thanks to the immediate intervention of the forces of the Zakynthos Fire Service, headed by the Commander, Mr. Chr. Kalogeropoulos, the fire that broke out yesterday at noon in Argassi, was extinguished immediately and before it spread, as a result of which the worst was avoided and the possibility of power outages was prevented.
Their action deserve a big thumbs up to our Firefighters, who in just a few minutes managed to put the fire under control, proving once again how catalytic the importance of immediate intervention is.

Louise is Australian born and has been a Greek citizen since 1991. She has deep cultural ties with the island, often writing about Zakynthian Traditions and Culture. She is also an active member of the Volunteer Group of Zakynthos, Giostra Di Zante and is a member of the women's choir "Rodambelos". Her love of the island and all it offers saw her joining the Zakynthos (Zante) Informer admin team in 2014.
Previous Zakynthos:- Headlines in Main News as a top tourist destination. (VIDEO)
Next Coronavirus:- New test diagnoses COVID-19 in 30 minutes.