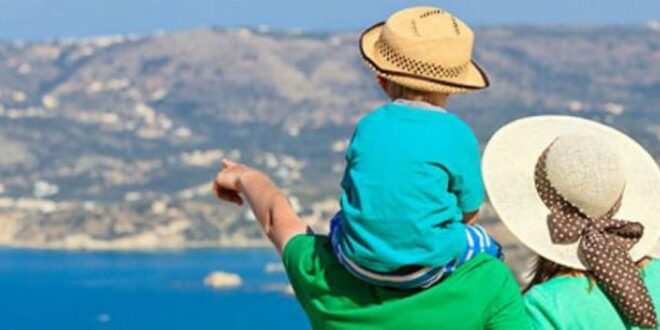 Liz Osborn 2 weeks ago Greece, International, News Comments Off on Booking “explosion” for Greece and Cyprus – What the head of the German company FTI says

An explosion of reservations for the summer holidays, with Greece and Cyprus among the most in-demand destinations. The head of the FTI company Ralph Schiller expects. And estimates that this summer will be better than the previous one. But there will be a complete recovery of the industry in 2022.

“Given the progress in vaccination in both Germany and the countries of destination, we are convinced that this year we will have a summer holiday season.” Mr Schiller told the Muenchner Merkur. . However, he believes that last year’s protocols will more or less apply to travel destinations. With social distances, masks, disinfection and other security measures.

Regarding the possibility of giving the vaccinated privileges to travel. The Bavarian travel agent points out that this will be decided mainly by the hoteliers and their countries. He does not expect, however, that large hotel chains will eventually make such distinctions. According to Mr. Schiller, traditional destinations such as Greece, Spain, Italy, Cyprus and Malta, and of course Germany itself, are already in greatest demand for Germans. For Turkey, he explains, we will have to wait for the number of cases to develop there. While it is estimated that Egypt will open at the end of the summer. There is still growing interest in the Caribbean. But, as he explains, it will still take time for distant destinations.

Asked to comment on TUI’s announcement of a performance that in July-September will reach 75% of the corresponding period of 2019. The head of the FTI speaks of a “somewhat bold” assessment. But admits that “people are already sitting on ready-made suitcases “and are looking forward to traveling. For his own company, Mr. Schiller expects a recovery, but probably not yet profitability. Although costs have been significantly reduced in the past.

Specifically, at the moment the FTI has reached 20-30% of the bookings for the corresponding period of 2019. For October the bookings amount to 50%, while for 2022 they are already at the pre-crisis level. “You see, people are planning to get vaccinated and gradually return to normalcy,” he said.

Liz Osborn's first experience of the island was as a holiday rep in 1992. She fell in love with everything Zakynthian and has been here since then. Liz became a Greek citizen in 2003 and has been active in tourism and the Greek life over the years. Liz's support of the island saw her joining the Zakynthos Informer team in 2020
Previous Loss of billions for Lufthansa, Accelerates the modernization of its fleet
Next According to “The SUN” – Greece remains in the “red” countries for British tourists