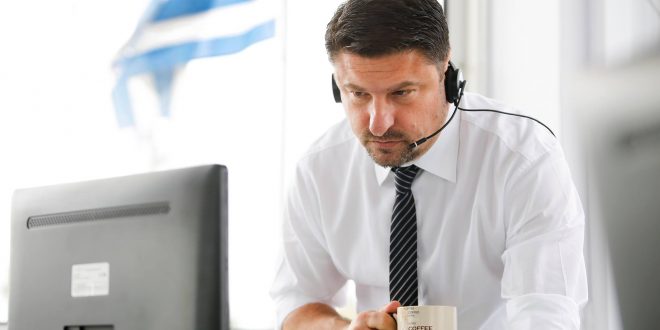 Coronavirus:- These are the new measures our Government will announce.

Louise Inzk 14th August 2020 Greece, News Comments Off on Coronavirus:- These are the new measures our Government will announce.

Nikos Hardalias announces new measures against the coronavirus within the day, as revealed by Kyriakos Mitsotakis in the morning teleconference on Friday about the spread of the disease. “Nikos Hardalias will announce a series of measures which we will agree on in our teleconference today,” the prime minister said characteristically.

The measures that will be announced are the following:

The SMS message by112 returns within the day, from which a message with recommendations and instructions will be sent.

Recommendations for a seven-day quarantine for all young people who will be returning from vacation.

Restaurants and bars etc will close from 12 in the evening until 7 in the morning on the islands of Hydra and Spetses.

Appeal to young people: “Be careful, take care of yourself, you are not invulnerable”

At the beginning of the meeting, Mr. Mitsotakis addressed the citizens and, among other things, sent a message to young people: “I want to make a special appeal to our young people, to the young children. I also have children at this age, 17, 23 and 22, I know the carelessness of age. But please, I appeal to you: Be careful, take care of yourself, you are not invulnerable, and especially those who are not invulnerable are your parents and grandparents “.

In detail, during his introductory statement, the Prime Minister stated:

“Thank you very much. We will then have a discussion, Nikos Hardalias will announce a series of measures which we will agree on in our teleconference today. I want to dwell on an aspect that concerns me greatly, and that has to do with the fact that we now have evidence of the virus spreading to a number of tourist destinations.

It is very, very important that they take on the responsibility to protect, not only themselves, but especially their loved ones, their parents, their grandparents.

Therefore, the recommendation will be very strict. Anyone returning from a tourist destination for a week should be careful. What does it mean to be careful? Wear a mask where you can and certainly keep away from the most vulnerable, elderly people you may have at home. If he/she lives with people from whom they can not keep a physical distance, make sure you wear a mask and for at least a week – until we are absolutely sure that he/she does not return with the virus in urban centers – to protect those we want to take care of more.

There will be a corresponding effort by the government through some spots that will be prepared, to emphasize exactly this issue, but beyond the additional measures that we will announce today, we will once again stand on the importance of individual responsibility.

It is not possible to have a police officer and a port officer next to each of our fellow citizens. Of course there are restrictive measures. Of course there are sanctions. But if we really want to stop this second wave in its infancy – which seems to be happening in all countries of the world – and not be forced to take more drastic measures that will undoubtedly have economic implications, we must all now take on our responsibilities.

We as a state will do it. We will do it in a very organized way, as we have done so far, always listening to the advice of experts and not hesitating to take action sooner rather than later.

But, especially, I want to make a special appeal to our young people, to the young children. I also have children at this age, 17, 23 and 22, I know the carelessness of age. But please, appeal: Be careful, take care of yourself, you are not invulnerable, and especially those who are not invulnerable are your parents and grandparents.

Therefore, I will not tire of repeating this call, especially to young children, so that we do not find ourselves in the awkward position of having to take more drastic measures than we want, which will undoubtedly have financial consequences. ”

Louise is Australian born and has been a Greek citizen since 1991. She has deep cultural ties with the island, often writing about Zakynthian Traditions and Culture. She is also an active member of the Volunteer Group of Zakynthos, Giostra Di Zante and is a member of the women's choir "Rodambelos". Her love of the island and all it offers saw her joining the Zakynthos (Zante) Informer admin team in 2014.
Previous Greek cheese exempted from U.S. customs duty imposed in EU farm products
Next New Zealand extends Auckland lockdown for 12 days