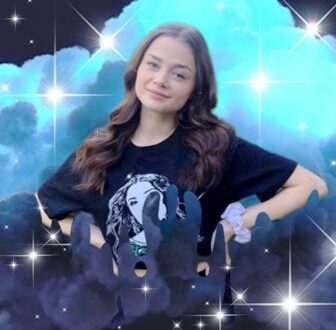 Eurovision 2021: Greece’s first rehearsal is over – Stefania seems to walk in the air.

Greece’s first rehearsal for this year’s Eurovision was completed with an enthusiastic reception
The long-awaited first rehearsal of Greece for the 65th Eurovision Song Contest took place at noon on Monday (10/5), at the Ahoy Arena in Rotterdam. During the half hour rehearsal, as provided by the program, Stefania and the dancers Nikos Koukakis, Costas Pavlopoulos, George Papadopoulos and Markos Giakoumoglou came up very well prepared and were confident on stage where this year’s music competition will take place.

They presented for the first time “Last Dance” in its full version and impressed all with their stage presence, which is based on advanced technology. The full body uniform worn by Stefania, the choreography and the innovative directorial findings of Fokas Evangelinos were revealed on stage for the first time.

Stefania appears to be moving in an urban landscape – where the rhythms of life make people’s relationships impersonal – sometimes pressing on the ground and sometimes floating. She dances with dynamism her “last dance” knowing that this marks a “new beginning”.

The visual appearance uses visual effects – presented for the first time on the Eurovision stage – without, however, weakening and overshadowing the dynamic presence and beauty of Stefania. The Greek delegation worked methodically and intensively in the implementation of this idea and collaborated with excellent professionals.

At the Ahoy Arena, members of other delegations as well as journalists applauded with great enthusiasm, after the end of the rehearsal, which was broadcast on a large screen in the space specially designed for them. Also, the comments in the Eurovision online press office, where more than 1,800 journalists from around the world are accredited, were extremely positive.

Stefania: “I want to be in Rotterdam, I can not wait any longer!”

Stefania was in the company of “flirt” on ERT1 on the afternoon of Friday, May 7, shortly before leaving with the Greek delegation for Eurovision in Rotterdam. She talked about her participation in the music competition and performed an amazing acoustic version of “Last Dance” with piano accompaniment.

The 18-year-old singer, who is the youngest representative that Greece has ever sent to Eurovision, impressed once again with her vocal abilities. At the same time, she said she was ready for Rotterdam, noting that the preparations continue at an intensive pace until the last moment. “We have rehearsals every day, and Fokas Evangelinos helps me a lot,” he said characteristically.

In her interview, Stefania talked about her involvement with music since she was a small child and remembered her participation in Junior Eurovision in 2016. At the same time, she did not hide her anticipation in the final straight for this year’s competition, emphasizing characteristics with enthusiasm: “I am very happy and I want to be in Rotterdam. I can not wait any longer!”.

She also referred to the advice given to her by Elena Paparizou, and revealed that she would like to pursue the same career in Greece. Finally, the hosts of the show, prepared especially for Stefania an original music quiz for Eurovision, in which the 18-year-old singer… got excellent.

The young singer recognized from the first notes the oldest songs of the Competition – from “Shake It” by Sakis Rouvas and “My Secret Combination” by Kalomira, to “Fairytale” by Alexander Rybak and “Waterloo” by Abba!

Louise is Australian born and has been a Greek citizen since 1991. She has deep cultural ties with the island, often writing about Zakynthian Traditions and Culture. She is also an active member of the Volunteer Group of Zakynthos, Giostra Di Zante and is a member of the women's choir "Rodambelos". Her love of the island and all it offers saw her joining the Zakynthos (Zante) Informer admin team in 2014.
Previous Zakynthos:- Murder of Dimi Korfiati “The perfect crime” – The perpetrators had greased the bullets – Specialist from Hellenic Police Dept. on the island
Next Britain: Further easing of restrictions in England is expected on 17 May