Breaking News
Home / News / Greece / Flights to Greece:- Until when are they suspended? Who can travel to Greece? 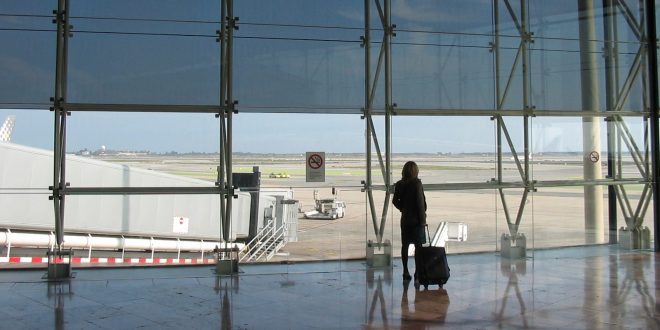 Flights to Greece:- Until when are they suspended? Who can travel to Greece?

Greece increases capacity for travel with ferries and ships

Extension of flights to and from Italy, Spain, the United Kingdom, the Netherlands, Turkey, Albania and Northern Macedonia is being extended. At the same time, the temporary ban on entry into the country of non-European citizens remains in force. Only Athens airport “Eleftherios Venizelos” will allow landing of  international flights.

The following aviation instructions are detailed as below:-

The suspension of all passenger flights from and to Greece with Italy, Spain, the United Kingdom and the Netherlands is extended until 31 May 2020 until 23:59 p.m.

The temporary ban on flights to and from Albania and Northern Macedonia is extended until June 14, 2020 until 23:59 p.m.

The ban on all flights to the Greek Territory regarding Turkey is extended until June 14, 2020 until 23:59 p.m

Only at Athens Airport “Eleftherios Venizelos” (DAA), arrivals / departures of international flights, the specific aviation directive is valid until May 31, 2020 until 23:59 p.m

The temporary ban on entry into the country of non-European citizens remains in force until 31 May 2020 until 23:59. p.m

Regarding domestic flights, which are still normal but in limited numbers, it is expected that the frequency and connections will be gradually restored from Monday, May 18 due to the lifting of the travel ban within the country.

Temporary flight delays exclude cargo flights, sanitary, humanitarian, aircraft return flights only with its crew (ferry flights), state flights, state flights stating that they are in a state of emergency, military flights (military, these flights do not apply to Turkey), Frontex flights, refuelling, support flights of our National Health System and repatriation flights for Greek Citizens.

The following exceptions apply to the temporary prohibition of non-European citizens entering the country:

third-country nationals who have a long-term visa in a European country and a Schengen country, government,

Louise is Australian born and has been a Greek citizen since 1991. She has deep cultural ties with the island, often writing about Zakynthian Traditions and Culture. She is also an active member of the Volunteer Group of Zakynthos, Giostra Di Zante and is a member of the women's choir "Rodambelos". Her love of the island and all it offers saw her joining the Zakynthos (Zante) Informer admin team in 2014.
Previous The biggest aeroplane in the world lands in Athens. (VIDEO)
Next Coronavirus:- New measures for ferry trips.