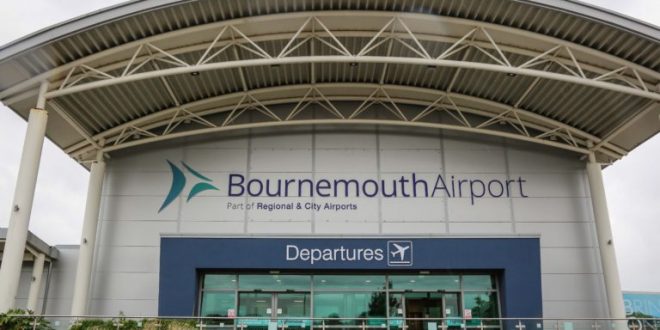 Fly Bournemouth to Zakynthos for 2020!

UK employment falls by biggest amount in over a decade

Bournemouth airport have today announced that it will operate new flights next summer season to Zakynthos, both TUI and Ryanair operate out of Bournemouth and we understand this new route is with TUI.

The announcement came from the Managing Director Stephen Gill who said:

“We [Bournemouth Airport] have the infrastructure, capacity and zest to make Bournemouth Airport a convenient alternative to the London airports, where traffic congestion and lengthy distances to and from terminal gateways can put some travellers off. Our staff are keen to make the airport experience as agreeable as possible for passengers and an example of this is our sunflower lanyard scheme, where people with hidden disabilities, such as severe anxiety, can discreetly indicate they require extra support.”

This is more great news for those wanting to travel to the island next summer.

Chrissie Parker joined the Zakynthos Informer Team in 2014. Chrissie’s first experience of the island was a combined birthday and wedding celebration, in true Zakynthian style. Since then she has been able to combine her love of the island, including its incredible history, tradition and culture, with her love of writing.
Previous Turkish fighter jests & aircraft massively violate Greece’s air space
Next Germany prepares new Asylum regulation focusing on EU’s “external borders”

Eat out to help out: More than 10.5 million meals claimed in first week

The Treasury has set aside £500m to cover the cost of the scheme for restaurants, …