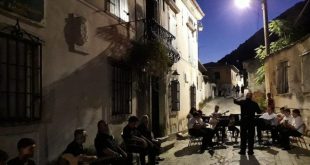 Zakynthos:- Lithakia “A song for everyone” by Ionio Kyma 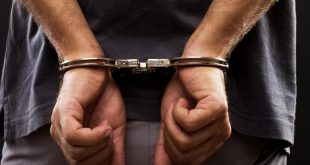 Arrested 3 Greeks and 1 Foreign National for Cannabis in Lagana.

Zakynthos:- The Volunteeer group of Zakynthos invites all to a memorial service to commemorate those who lost their lives in the Great Earthquake of ’53.

According to a press release the 4th Ionian Islands Football tournament will commence at the end of August.

The Ionian Islands Region will be hosting for the fourth consecutive year, in collaboration with the football associations of Zakynthos, Corfu, Kefalonia, Ithaca and Preveza / Lefkada at the 4th Ionian Islands Football Tournament on Friday and Saturday August 30 & 31, 2019 in Zakynthos.

The first Ionian Islands Football Tournament was held in Corfu in September 2016 with the participation of the Mixed Youth Teams from all the Ionian Islands, with huge success followed by Lefkada and Kefalonia – Ithaca.

This year the Tournament takes place in Zakynthos and according to Ionian Islands Regional Governor Theodoros Galiatsatos, “we managed to make the event an institution, solid in time. Young people from all of our islands have come together, every year they meet, compete together and realize just how beautiful the “competition” is, but also how beautiful our islands are. It is another event, together with the Children’s Choir Festival, which we created as a regional authority for the citizens of the islands and especially the youth. We help the younger generation get to know the Ionian islands and our history, we help young people get involved in sports and ideals, we strengthen the cohesion of our islands and our common tradition. I thank the presidents and members of the Football Associations, athletes and coaches for the excellent cooperation we have had over the years. “

The program in detail:

There will be awards for athletes, awards for the champion’s cup, awards for best player and best goalkeeper of the tournament and the exchange of commemorative gifts.

Admission to both days of the tournament is free for all.

We expect you all to support the efforts of the young children of the Ionian Islands at Zakynthos Municipal Stadium.

Louise is Australian born and has been a Greek citizen since 1991. She has deep cultural ties with the island, often writing about Zakynthian Traditions and Culture. She is also an active member of the Volunteer Group of Zakynthos, Giostra Di Zante and is a member of the women's choir "Rodambelos". Her love of the island and all it offers saw her joining the Zakynthos (Zante) Informer admin team in 2014.
Previous Power cuts tomorrow in Planos
Next Traditional “Panagiri” Anafonitria on Saturday.