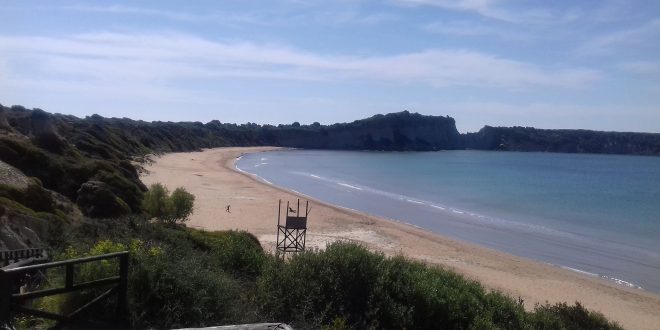 Gerakas Beach Prohibition by the National Marine Park of Zakynthos.

In a press release from the Marine Park of Zakynthos, parts of Geraks Beach have become prohibited due to natural forming landslides. The press release states as to why these prohibitions have occured and ask that residents and visitors to the beach respect them.

NATURAL CLAY FORMATIONS AT THE NESTING BEACH OF THE SEA TURTLE IN GERAKA, VASSILIKO, ZAKYNTHOS.

AND THE REASONS WHY? 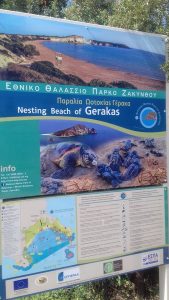 Browsing through various websites, we read about “Greek clay beaches ideal for a natural spa or mud bath” and we found that among the beaches mentioned there was, surprisingly,an inclusion of the Gerakas Sea Turtle Nesting Beach,  Zakynthos, which is located within the National Marine Park of Zakynthos,  and in which there are actually natural clay formations, commonly referred to as “clays”. 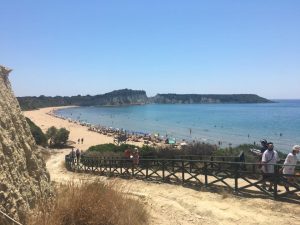 We would, however, like to inform visitors and residents of Zakynthos that, according to Presidential Decree 906 / D / 1999, the Gerakas Sea Turtle Spawning Beach is protected from one end to the other, both because of spawning of the Caretta Caretta , the loggerhead sea turtle that occurs on this particular beach, as well as the fact that this beach belongs to land area Π2 which is characterized as a “Nature Conservation Area”, with the main Management Goal being “….the conservation of the turtle breeding habitat, the protection of natural formation conditioning and maintaining the aesthetic value of the landscape “(Article 4, paragraph 5, Decree 906 / D / 1999). Consequently, the natural clay formations on both ends of the beach are also protected, since these formations constitute a Geological Monument of Nature, which explicitly prohibits the removal of any dimension for any use and therefore for use as a “natural spa.”

In addition, within the framework of the implementation of Management Measures for the Protection of Habitats and Species implemented by the Federal Reserve of the National Marine Park of Zakynthos, This particular breading Beach explicitly forbids visitors to the “Clay” area, especially the Eastern Part of the Beach, because there is a serious risk of landslides caused by natural phenomena (temperature fluctuations, seismic activity, etc.). Landslides cannot be predicted as to when they will occur. As early as 2019, a landslide incident was recorded on the East side of Gerakas Beach, fortunately without any physical to visitors on the beach. We note the fact that the National Marine Park’s Management Body has been warning the fact in this area for many years, informing visitors about the risk of landslides, while providing oral information to visitors by the Park’s Environmental Guards. 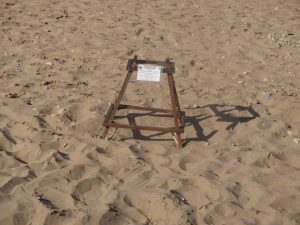 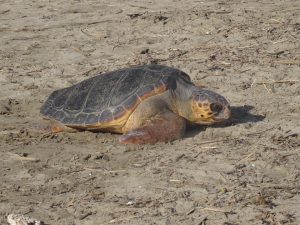 Therefore, we urge both Zakynthos media and business professionals in the tourist industry and for their own participation in the provision of sound information, to provide proper information on this subject, thereby contributing not only to the protection of the natural environment but also to protect the physical integrity of visitors. As is well known, “the right visitor is the well informed visitor”, who enjoys his vacation, respects his vacation spot and returns to his home country. 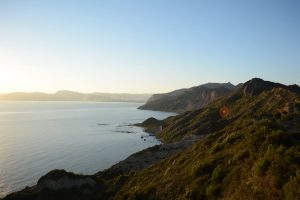 Last but not least, regarding the general status of the Gerakas Nesting Beach, guests can enjoy swimming and visitations, as every summer, from 07.00 am until sunset… .after that,  we leave the beach to the turtles… .. as the sunset begins the process of nesting for the Turtle Caretta Caretta begins. 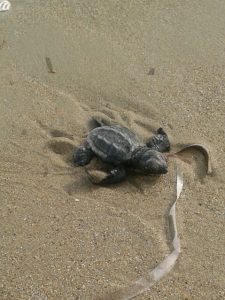 Zakynthos Informer would like to remind residents and guests of our Island, that the Marine Park of Zakynthos is an active organisation who is helping to keep the vulnerable species “Loggerhead” sea turtle to grow in numbers, along with other rare species that live within the park. We would kindly request, any information in regards to anyone not obeying the park rules, we would ask that the Marine Park be notified. Staff are on the beaches and can help avoid any problems concerning the maintenace and correct operation of the park.

Louise is Australian born and has been a Greek citizen since 1991. She has deep cultural ties with the island, often writing about Zakynthian Traditions and Culture. She is also an active member of the Volunteer Group of Zakynthos, Giostra Di Zante and is a member of the women's choir "Rodambelos". Her love of the island and all it offers saw her joining the Zakynthos (Zante) Informer admin team in 2014.
Previous Airport Chief sends letter of complaint.
Next Raheem Sterling: Chelsea fan banned for life for ‘racially abusive language’ in Man City game