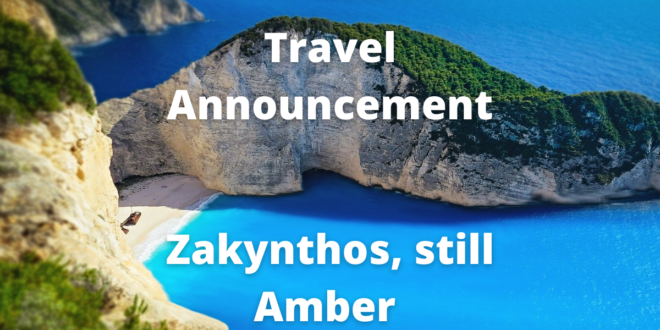 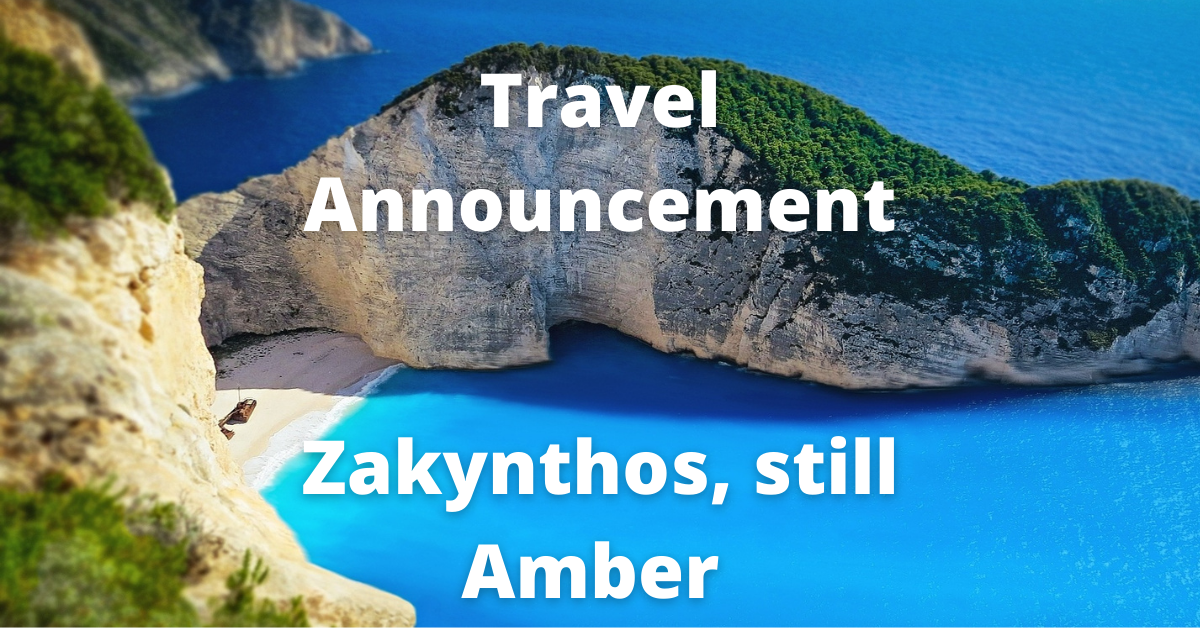 Today the UK Government made a further announcement in regards to the Red/Amber/Green travel status for UK citizens. No countries have moved from AMBER to GREEN. Sadly this means that Zakynthos is still AMBER and NOT on the GREEN list for UK travellers.

Whilst making the announcement MP Grant Shapps, The Transport Secretary said, it was a ‘difficult decision’. He noted that Portugal has been downgraded because the government wants to give the UK ‘the best possible chance of unlocking domestically’ on 21 June. He also noted that the UK government has concerns over a new strain of Covid called the Nepal mutation, which is a mutation of the current Indian variant. The government wants to protect the unlocking of the UK on 21 June. Therefore the government feels that unlocking the UK on the 21 June is a priority, which takes priority over foreign travel.

Portugal, Madeira, and the Azores were moved to AMBER status.

The government has also moved another seven countries to the red list which, will take place from Tuesday 08 June at 4 am, are as follows: Afghanistan, Bahrain, Costa Rica, Egypt, Sudan, Trinidad and Tobago, and Sri Lanka.

We know that this news is incredibly disappointing as so many people were both hoping and expecting Greece, and Zakynthos to be made GREEN. For now, Greece/Zakynthos will remain AMBER. Travel companies are also disappointed and angry at the news. The next update for Greece/Zakynthos potentially moving to GREEN will be in three weeks’ time, on or around 21st June.

We will as always keep you updated on all relevant information. The latest RAG list can be found here:

Chrissie Parker joined the Zakynthos Informer Team in 2014. Chrissie’s first experience of the island was a combined birthday and wedding celebration, in true Zakynthian style. Since then she has been able to combine her love of the island, including its incredible history, tradition and culture, with her love of writing.
Previous Yiayia’s story walking around the “Perivoli”
Next Greece:- Coronavirus and vaccination update for Thursday 3rd June. Zakynthos Included in more detail