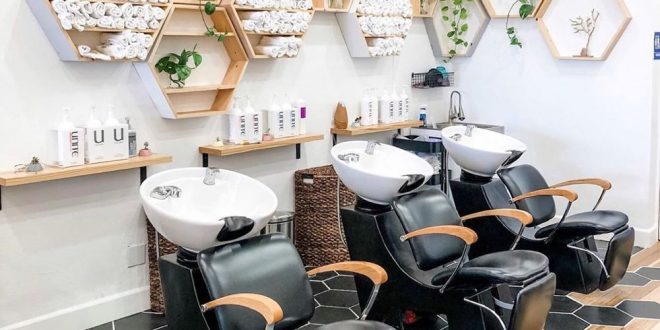 Louise Inzk 16th January 2021 Greece, News Comments Off on Greece:-2 hour time limit does to not apply for hairdressers.

Georgiadis: The time limit of 2 hours does not apply to hairdressers.

The time limit of 2 hours does not apply to hairdressers, as explained by the Minister of Development Adonis Georgiadis.

On Monday, January 18, the retail trade will reopen, as it has already become known, without, however, the methods of click away and click in shop, apart from those areas which are classed as “red areas”.

Among the others that will work are hairdressers, to which customers can only go by appointment and after they have sent an SMS to 13033. As explained by the Minister of Development, Adonis Georgiadis, especially in the case of hairdressers, the time limit of 2hours does not apply, as in the rest of the retail.

Speaking to SKAI, the Minister of Development noted: “When you have sent the message 2 for shopping, you enter any store you want, as long as it has space. Each store, based on the ministerial decision that we will issue, should have posted at the entrance in a visible place the maximum number of people that are allowed to have inside based on their square footage, in order to facilitate the work of the auditing authorities, but also so that customers know”.

Next week the decisions for fishing, hunting, OPAP agencies.

Regarding the other activities, such as fishing, hunting and the OPAP agencies, Mr. Georgiadis stated that the decisions will be taken next week, while he revealed that yesterday’s proposal to the Commission included the reopening of OPAP agencies, with strict rules and a list of customers. “They suggested it because many of our fellow citizens pay bills at the agencies and now that they are closed they go to the banks. So, their operation could greatly relieve the pressure on the banks. “However, the Commission wanted a little more time to give permission and we have agreed to see it at the next meeting next Friday,” he said.

Louise is Australian born and has been a Greek citizen since 1991. She has deep cultural ties with the island, often writing about Zakynthian Traditions and Culture. She is also an active member of the Volunteer Group of Zakynthos, Giostra Di Zante and is a member of the women's choir "Rodambelos". Her love of the island and all it offers saw her joining the Zakynthos (Zante) Informer admin team in 2014.
Previous Covid: ‘Urgent’ aviation support plea over travel curbs
Next Greece:- Allowance 534 euros January: When will it be paid – The amount until January 17.