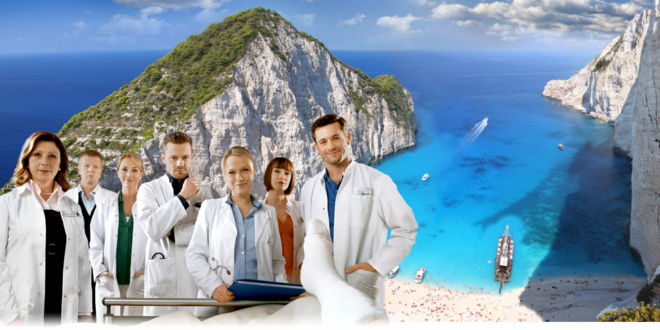 The Hellenic Society signed a Memorandum of Understanding (MoU) for the joint undertaking of initiatives, which will promote Greece as an attractive destination for health tourism – marking a new era for the stimulation of the relevant investments and employment – on Thursday, January 28 Of Investment and Foreign Trade (Enterprise Greece) and the Hellenic Health Tourism Council (ELITOUR).

In fact, this Memorandum already sends the message that “Health tourism should become the first pillar of recovery of Greek tourism in the post-Covid era.”

It should be noted that in the EU alone, the turnover of health tourism is estimated at around 47 billion euros. The use of this field, in fact, is estimated to be a strong incentive for Greek doctors and scientists not to leave our country.

Enterprise Greece was represented by the CEO, George Filiopoulos, and ELITOUR, by the Chairman of its Board of Directors and the Governor of Attica, George Patoulis. The President of Enterprise Greece and Secretary General of International Economic Relations and Extroversion of the Ministry of Foreign Affairs, Giannis Smyrlis, addressed a greeting, while the Secretary General of ELITOUR, Petros Mamalakis, also referred to the cooperation.

The partnership of the two bodies will further strengthen health tourism, with ELITOUR taking on the role of mediating partner in the networking of Greek and foreign bodies.

The development of health tourism is expected to attract significant investments in Greece, while the benefits will be significant in the field of employment, with the utilization of its remarkable scientific and medical potential. It is noted that providers in over 100 countries are active in this field. Many of them have even established national agencies to promote health tourism, while there are also many collaborative ecosystems (clusters).

The main reasons for the shift to this form of service provision are the strengthening of specialization of technological and scientific achievements in the field of Health, the search for a high level of services at the lowest possible cost, as well as the conditions for expanding cross-border cooperation.

In fact, given that in developed countries there are significant cuts in public health care schemes, the percentage of potential patients / clients seeking alternatives in other countries has increased.

At the same time, more and more tourists show a clear preference for this form of tourism, with the growing demand leading to an extension of the tourist season and a parallel increase in revenues for hospitals and clinics.

Following the signing ceremony of the Memorandum of Cooperation, a Press Conference was organized, in which the participants Mr. Giannis Smyrlis, Secretary General of International Economic Relations and Extroversion of the Ministry of Foreign Affairs and President of Enterprise Greece, Mr. George Patoulis and Chairman of the Board , Mr. George Filiopoulos, CEO of Enterprise Greece, and Mr. Petros Mamalakis, General Secretary of ELITOUR, answered a variety of questions from the participating journalists.

For more details in Greek click on source link https://www.cnn.gr

Louise is Australian born and has been a Greek citizen since 1991. She has deep cultural ties with the island, often writing about Zakynthian Traditions and Culture. She is also an active member of the Volunteer Group of Zakynthos, Giostra Di Zante and is a member of the women's choir "Rodambelos". Her love of the island and all it offers saw her joining the Zakynthos (Zante) Informer admin team in 2014.
Previous Greece:- Coronavirus daily report for Monday 01/Feb.
Next Boxing: ‘Crime boss’ Daniel Kinahan still working in the sport