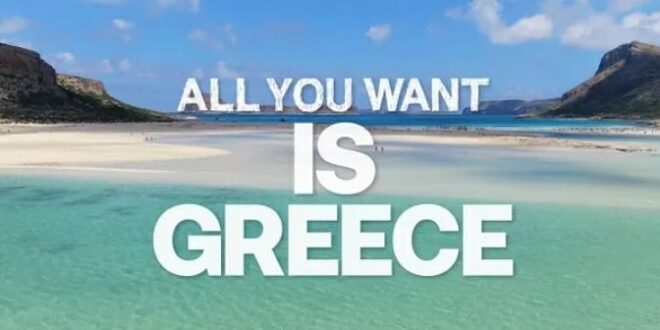 Greece:- All you want is Greece campaign (video)

Louise Inzk 15th May 2021 Greece, News Comments Off on Greece:- All you want is Greece campaign (video)

“All you want is Greece”

All you want is Zakynthos 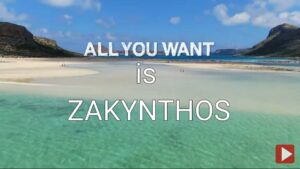 Presenting this year’s Greek National Tourism campaign, the secretary general of the Organization, Dimitris Fraggakis, stressed that what they created in 2020 was a very important legacy, contributing to the “good reputation of our country”.

In fact, he spoke of a year of recovery, unfolding their plan.

The central motto of this year’s campaign is: “All you want is Greece – All you need is Greece” said Mr. Fraggakis and pointed out that the main goal is: “People, values ​​and experiences.”

“This year implements one of the largest promotion programs in the last 10 years, a six-month campaign”, continued the secretary general. “We have undertaken and will present other initiatives,” Mr. Fraggakis continued.

The “All you want is Greece” campaign consists of five 30-second videos promoting our country’s attractions – from scenic beaches and dramatic landscapes. Also promoting our rich cultural heritage, to its diverse culinary traditions, high-end services and off-the -beaten path experiences. The videos will be shown on television networks and at tourism events around the world.

Zakynthos Informer has included the video below

Louise is Australian born and has been a Greek citizen since 1991. She has deep cultural ties with the island, often writing about Zakynthian Traditions and Culture. She is also an active member of the Volunteer Group of Zakynthos, Giostra Di Zante and is a member of the women's choir "Rodambelos". Her love of the island and all it offers saw her joining the Zakynthos (Zante) Informer admin team in 2014.
Previous Greece:- Coronavirus and vaccination update for Saturday 15 May
Next Kefalonia:- Crazy weather with 10c.m of hail… in May !!! (Video)