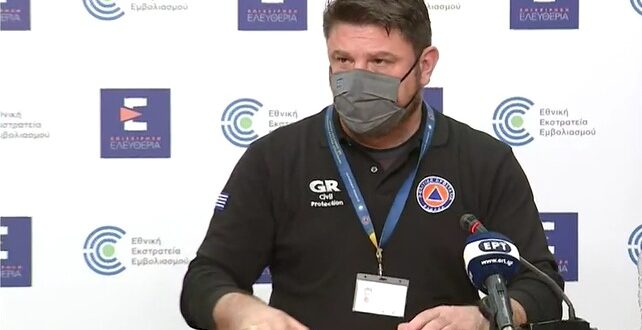 Greece:- Changes to our restrictions due to coronavirus…. music allowed and more.

Louise Inzk 6 days ago Greece, News Comments Off on Greece:- Changes to our restrictions due to coronavirus…. music allowed and more.

Hardalias: Changes in the traffic ban, the music returns to the restaurant

The Deputy Minister of Civil Protection, Nikos Hardalias, announced a gradual easing of the measures in force for the coronavirus on Wednesday afternoon.

In particular, Mr. Hardalias stressed that from Saturday, June 12, music will return to catering facilities outdoors, while regarding the traffic ban, he pointed out that from the same date an extra hour will be added meaning from 01:30 – not from 00: 30 – which is in force until today. In addition, he said that if all goes well from July 1, the traffic ban will be completely lifted.

From Monday, June 14, the practical, laboratory and clinical exercises of all students of all semesters as well as the Lifelong Learning Centers of the universities resume.

From Saturday 12 June the curfew is extended by 1 hour. That is, it will start at 01.30 after midnight and will last – as today – until 5 in the morning, while from July 1 – and always provided that the epidemiological data allow it – the measure of traffic restriction stops apply.

From Saturday, June 12, music will be allowed only in outdoor dining areas, which only accommodate seated customers.

Also, from Saturday, June 12, restaurants that are located in ventilated galleries will reopen their operation, and only for those that have two free passages, in order to ensure the different entrance and exit as well as the natural ventilation.

Also, for mobile telephony stores, the simultaneous presence of 4 customers in stores with an area of ​​up to 100 sq.m. is now allowed.

In addition, from July 1, the limit for catering services will be increased to 300 people from the current 100.

Finally, with regard to trade fairs, it was decided to reopen them only in regional units where the percentage of fully vaccinated will exceed 50%. The relevant health protocol will be updated in the coming days.

It is noted that from 24 May 2021, the restriction for more passengers within cars and takis was allowed.

According to the KYA, issued on Saturday, from (24/5) the passenger limit was increased and the following is allowed:

In case of parents with minor children, the passengers can be 4, ie a total of 5 together with the driver.

Also, exceeding the passenger limit is allowed if the vehicle is carrying minor children or a person who needs help to move.

Of course, the use of a mask remains mandatory for all vehicles. The fine for non-compliance with the measures is 300 euros.

Hopefully by the 1st of July the above restrictions will be removed.

Louise is Australian born and has been a Greek citizen since 1991. She has deep cultural ties with the island, often writing about Zakynthian Traditions and Culture. She is also an active member of the Volunteer Group of Zakynthos, Giostra Di Zante and is a member of the women's choir "Rodambelos". Her love of the island and all it offers saw her joining the Zakynthos (Zante) Informer admin team in 2014.
Previous Programmed power cuts 9th June
Next Programmed power cuts 12th 14th and 15th June