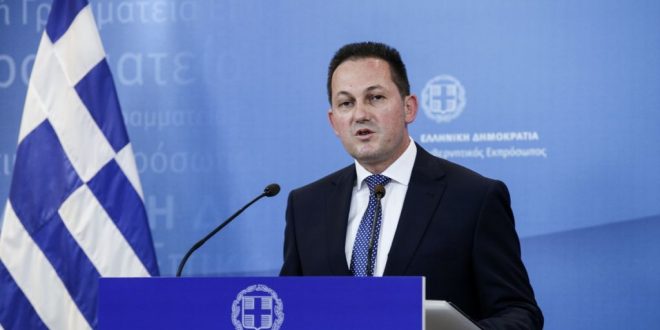 Stelios Petsas announced the continuation of the lockdown that is still valid today for schools and restaurants, which seems they will open in the new year. The government spokesman, while briefing the political parties, announced the extension of the coronavirus spread measures for schools until the Christmas holidays, which means that the presence of students in school classrooms of all levels is postponed until January 7th,  2021.

Regarding the food industry, Mr. Petsas stressed that the “padlock” continues to exist due to the formed epidemiological picture of the country, which does not allow the safe opening of companies in the sector, which continues to be irreparably affected. At the same time, entertainment clubs, ski resorts, the courts remain closed. The ban on travel from prefecture to prefecture is extended. Teleworking remains at 50% and individual exercise is conditional.

Those returning to Greece from abroad must have a negative molecular test of up to 72 hours and will enter a preventive quarantine of 10 days if they enter the country from December 18.

Evaluating the course of the pandemic and the epidemiological data, it will be decided at the end of the week, when and how the churches will be opened, for which there will be communication between K. Mitsotakis and Archbishop Ieronymos, while the idea of opening hairdressing salons and retail shops still is in the air.

In detail, Mr. Petsas stated: “The pressure on our National Health system is still great, despite the reduction of cases observed in recent days. After the suggestions of the committee of experts, it was decided: “Schools should remain closed until the morning of January 7, 2021 and, therefore, the distance education should continue. Until the morning (06:00) of the same day, restaurants, entertainment, courts and sports activities remain closed, except for those that continue to be active today (SuperLeague championship in football and BasketLeague in basketball). The measure concerning the bans on travel from prefecture to prefecture also remains in force, the measure on the prohibition of gatherings is extended, while teleworking is maintained at the same percentages.

for full story in Greek please click on the source link:- https://www.ethnos.gr

Louise is Australian born and has been a Greek citizen since 1991. She has deep cultural ties with the island, often writing about Zakynthian Traditions and Culture. She is also an active member of the Volunteer Group of Zakynthos, Giostra Di Zante and is a member of the women's choir "Rodambelos". Her love of the island and all it offers saw her joining the Zakynthos (Zante) Informer admin team in 2014.
Previous Greece extends part of lockdown restrictions until Jan 7, 2021
Next Coronavirus:- Infectious disease experts… “we will only open when we have less than 1,000 cases.