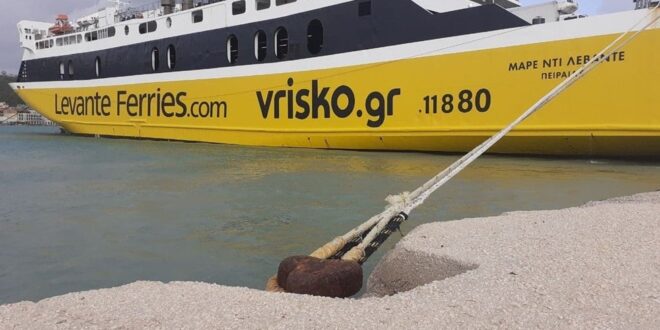 The country is on strike on Wednesday for the 24-hour labor strike of ADEDY.

The country is on strike on Wednesday, June 16, the day of the voting of the labor bill in the Parliament, with ADEDY declaring a new 24-hour strike. On the same day, the ships in the ports will be moored and a rally will be organized in Klafthmonos Square.

Initially, ADEDY had planned a work stoppage for June 16, but eventually it turned into a 24-hour strike “in order not to pass the anti-labor and anti-popular bill of the government of N.D. and K. Hatzidakis “, as characteristically states in the announcement.

The announcement of ADEDY:

“The Executive Committee of ADEDY, after taking into account the proposals-decisions of Federations and Prefectural Departments, turns the Workstation of June 16 into a 24-hour strike on the same day, in order not to vote for the anti-labor and anti-popular bill of the government of N.D. and Mr. Hatzidakis.

“We call on all workers to give a massive ‘present’ both in the Strike and in the rallies and rallies that will take place that day in all the cities of the country.”

The seafarers are also on strike

On the same day (June 16), the 13 seafaring unions have announced a 24-hour strike. This means that ships of all categories will be moored in the country’s ports. It is worth noting that this mobilization is also against the new labor bill of the government.

UPDATE: Teachers who are helping with the Pan Hellenic Exams for students will not take part….. Exams will go ahead accordingly.

Louise is Australian born and has been a Greek citizen since 1991. She has deep cultural ties with the island, often writing about Zakynthian Traditions and Culture. She is also an active member of the Volunteer Group of Zakynthos, Giostra Di Zante and is a member of the women's choir "Rodambelos". Her love of the island and all it offers saw her joining the Zakynthos (Zante) Informer admin team in 2014.
Previous Mitsotakis & Johnson: Greece is a safe country for British tourists – What they discussed about Greek-Turkish
Next Greece:- Vaccination Committee: AstraZeneca vaccine “No” for those under 60 years of age