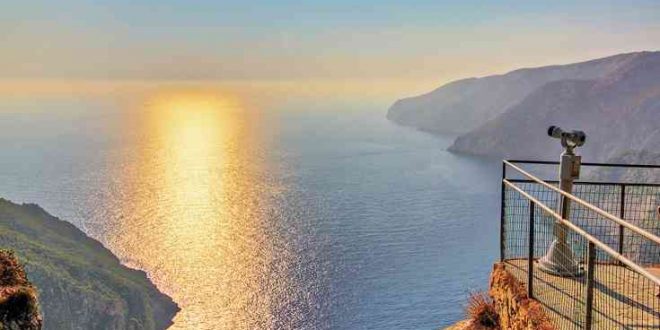 Louise Inzk 17th February 2021 Greece, News Comments Off on Greece:- The key to tourism in 2021. How Greece will open.

Tourism opens with a health passport, universal tests and bilateral agreements with other countries.

The green light was given for the start of the Government’s strategic planning for the resumption of tourism.

After all, it is an industry in which the Government has pinned its hopes in order to be able to recover financially after an admittedly difficult winter due to the pandemic.

The long-awaited vaccinations around the world are not only expected to bring freedom from the coronavirus, but also to be a stimulus injection for Greek tourism, whose prospects remain extremely uncertain, and this is because the increase in pandemic cases worldwide, the Virus mutations in the United Kingdom, South Africa and Brazil, stricter lockdowns in a number of countries, the slow start of the vaccination process, and delays in vaccine deliveries form an admittedly “blurred picture” of this season’s tourism industry.

In three ways, the Government is expected to make our country a safe, and at the same time attractive tourist destination that will receive a significant share of the tourism pie not only at European but also at international level.

Of course in the first place is the certificate of vaccination, proposed by the Prime Minister himself to the European Union and which seems to be gaining ground.

As the Minister of Tourism Theocharis clarified in an interview, the certificate will have the name of the holder, consolidated with the date he/she received the vaccine and its expiration. That is, the duration of immunity based on studies. In the beginning, as Mr. Theocharis said, he will be quite conservative regarding the duration of immunity.

At the same time, as the Minister pointed out, the use of the certificate is not mandatory and does not mean that anyone who does not have it will not be accepted in the country or in a hotel, for example.

On the contrary, it will be as applied as it is even today, ie a condition for someone to travel to our country will be that they would requiret a negative molecular test or the vaccination certificate. In fact, if someone does not want to show their vaccination certificate, they can just have the negative test. While, he noted that personal data is protected in any case.

A major obstacle to the Government’s attempt so far to introduce the vaccination certificate is two powerful countries of the European Union, Germany and Italy, which seek to keep within their borders most of their citizens’ travel expenses.

That is why consultations on the adoption and implementation of a pan-European health passport, the authenticity of which can be cross-checked electronically, are proceeding at a very slow pace.

The truth is that there is some positive news so far for Greece as the rapid vaccination in Great Britain and Israel seems to give their population the coveted immunity which means that in the summer they will be able to travel to countries like Greece, as long as, of course, shows a good epidemiological picture until then. It is recalled that the United Kingdom is now outside the EU and thus, a bilateral agreement will need to be concluded.

These quick tests will enable tourists to visit our country. Last year the availability of rapid tests was limited and therefore could not be carried out en masse something that would help move tourism to better levels.

When will tourism open?

The exhibition for tourism in Berlin is considered crucial, so it is expected that all the questions and issues of the day and the industry will be asked by the tour operators.

The Ministry of Tourism, however, expects the country to move, due to the emergency treaty, with “last minute” reservations, ie last minute reservations as no one can still make a reservation when they do not know on the one hand what the epidemiological situation of the country will be from which they come from and on the other hand, what will be the situation in the country they want to visit.

That is why the most important thing at the moment, if we want to open tourism as soon as possible, is to follow the measures imposed by infectious disease specialists and the Government, in order to get out of the lockdown quickly and to record as few cases as possible. .

Then we will see the threefold key to tourism, namely vaccination certificates, rapid tests and bilateral agreements.

The Government, after all, has already given its position by saying that it does not matter when but how, so that it is done correctly and safely without having to interrupt with a new Lockdown.

For the full report in Greek click on link:- https://www.dikaiologitika.gr

Louise is Australian born and has been a Greek citizen since 1991. She has deep cultural ties with the island, often writing about Zakynthian Traditions and Culture. She is also an active member of the Volunteer Group of Zakynthos, Giostra Di Zante and is a member of the women's choir "Rodambelos". Her love of the island and all it offers saw her joining the Zakynthos (Zante) Informer admin team in 2014.
Previous Greece:- Daily report coronavirus for Wednesday 17/2. 755 new cases within the last 24 hours.
Next 76 year old man died from the covid virus on Zakynthos tonight