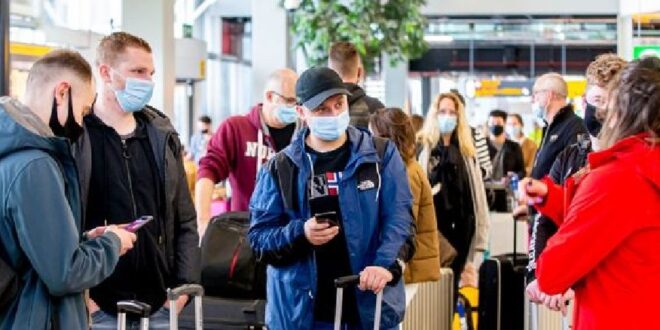 Greece:- the plan back to normal… what is opening and at what stage.

Louise Inzk 2 weeks ago Greece, News Comments Off on Greece:- the plan back to normal… what is opening and at what stage.

Roadmap for releasing restrictions – The return to normalcy is approaching

The resumption of focus is the first of a series of steps to return to normal, which will be done within the month

The first step of a partial return to normalcy took place on Easter Monday, with the restaurant industry reopening and cafes and restaurants rolling in after a six-month lockdown. By May 15, however, most areas of social and economic activity will be open.

As for the restaurant, whoever wants to visit a restaurant or cafe outdoors, must send an SMS with the code “6” to 13033. It has been noted that the time limit on this code is three hours.  Also, within the shops there is no music and the opening hours are until 22:45. The Minister of Development and Investments, Adonis Georgiadis, stressed that the goal is with the opening of tourism on May 15 to conditionally extend the opening hours in restaurants. “We are opening but the focus is on the virus, is has not gone. The signal that the danger has passed has not been given “, Adonis Georgiadis stressed, speaking to ERT. “No one wants to restrict anyone’s freedom, but the virus must be kept under control,” he added.

From Easter Monday, the traffic ban schedule also changes. Thus, from May 3, the curfew starts at 23:00 and will end at 05:00. All transfers, however, are still made by sending an SMS to 13033, as clarified a few days ago by the Deputy Minister of Civil Protection and Crisis Management, Nikos Hardalias.

Students return to their desks on May 10

The countdown to the reopening of all school levels has already begun. High schools, elementary schools and kindergartens will reopen on May 10 to welcome students, with special measures to prevent the spread of the coronavirus. The plan of the Ministry of Education is for all schools to reopen from Monday, May 10, with a live self test.

However, the Ministry of Education has already announced that the school year will be extended. Based on this decision, the year is extended:

Until Friday, June 25 for Kindergartens and Primary Schools

Until Friday, June 11 for the Gymnasiums and Lyceums

**As for frontistiria (private tutoring) no decision has been made as yet.  The rationale that seems to have prevailed is that they want to first see the epidemiological footprint of the opening of shops and high schools and then make any decisions.

Organized beach areas open on May 15

On Saturday, May 15, tourism also premieres with specifications for visitors who have been vaccinated, but also for those who will have to travel with a test. On the same day, the supra-local movements for all citizens are released.

Meanwhile we must realise that measures still must be kept in order to keep moving forward.

Louise is Australian born and has been a Greek citizen since 1991. She has deep cultural ties with the island, often writing about Zakynthian Traditions and Culture. She is also an active member of the Volunteer Group of Zakynthos, Giostra Di Zante and is a member of the women's choir "Rodambelos". Her love of the island and all it offers saw her joining the Zakynthos (Zante) Informer admin team in 2014.
Previous There is a gradual easing of restrictive measures
Next Zakynthos:- No ferries Thursday 6th May, 2021….. 24hr strike!