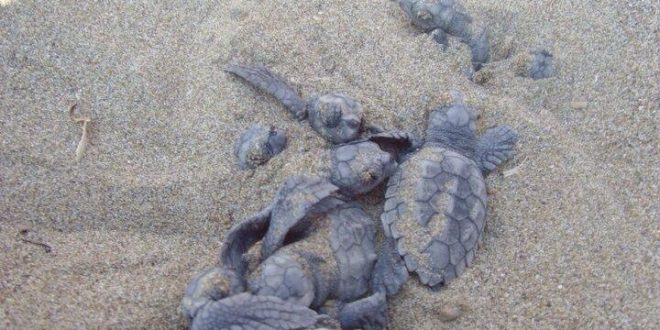 In a press release by the Marine Park of Zakynthos, it was noted that Zakynthos has led the way for the hatching season to start. Hatchlings from the vulnerable species the Loggerhead sea turtle, known as Caretta Caretta,  have made their first step towards our waters and the marine park is celebrating by stating the below:- 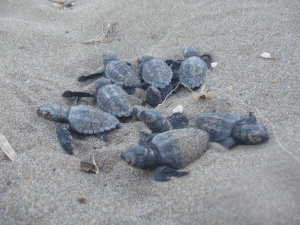 TOPIC:- The first turtles in the National Marine Park of Zakynthos, hatched on Dafni beach this year. 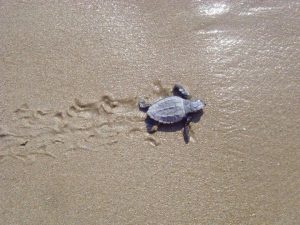 The National Marine Management Authority and ARCHELON, the Society for the Protection of Sea Turtles are pleased to announce that on Thursday, July 25th, 2019, the first nest of hatchlings was found on the beach of Dafni, in the Natural Protected Area within the Marine Park. The event marks the beginning of the hatching season for 2019 all over Greece and as more than 1100 nests of the Caretta Caretta (Loggerhead) sea turtle have already been nestled on the beaches of Laganas Bay, we look forward to many more turtles that will find their way to the sea in the Mediterranean this year! 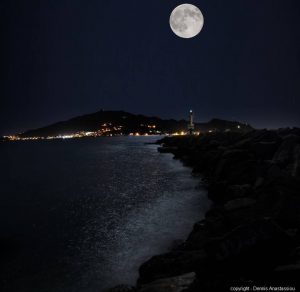 The hatchlings find the water following the reflection of the moon in the sea. However, where there are artificial lights from hotels, shops, restaurants and streets at the back of the beach, hatchlings are disoriented and die of dehydration.

So, where these nests are, the question is the demand for the lights on buildings and street lights that light up the beach area to be turned off, early in the evening. As long as this is not observed, there is a loss of hatchlings on some beaches of the Marine Park. To reduce these losses to an extent possible, some form of protection is applied around the nest.  Therefore, mats and bamboo are placed around the nests before being hatched by the ARCHELON volunteer team.

However, there are also many natural hazards in the coastal and marine environment for hatchlings, as they are prey to many marine organisms (eg fish, seabirds). Only 1 in 1000 chicks will reach adulthood, which is about 20 years old. 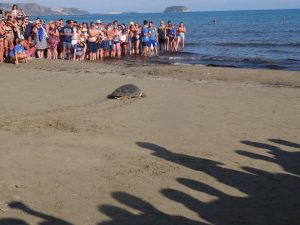 If you are lucky to see hatchlings during the day, the only help you can offer is to remove the hot sand in front of them, shading them along the way so that they do not become dehydrated. 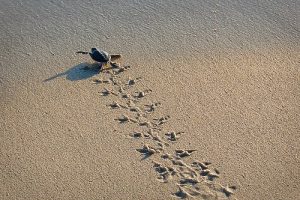 It is extremely important that you do not wet them or attempt to transport them to sea. Their first trip is very important because they strengthen their flippers but also because they record the characteristics of the beach that one day, if they are females, will return to lay their eggs (mating behaviour). 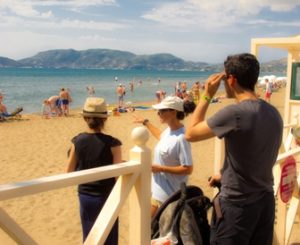 Louise is Australian born and has been a Greek citizen since 1991. She has deep cultural ties with the island, often writing about Zakynthian Traditions and Culture. She is also an active member of the Volunteer Group of Zakynthos, Giostra Di Zante and is a member of the women's choir "Rodambelos". Her love of the island and all it offers saw her joining the Zakynthos (Zante) Informer admin team in 2014.
Previous Priest refuses to give communion to children with disabilities
Next Northern Ireland woman ordered to reveal source of ‘unexplained’ £3.2m