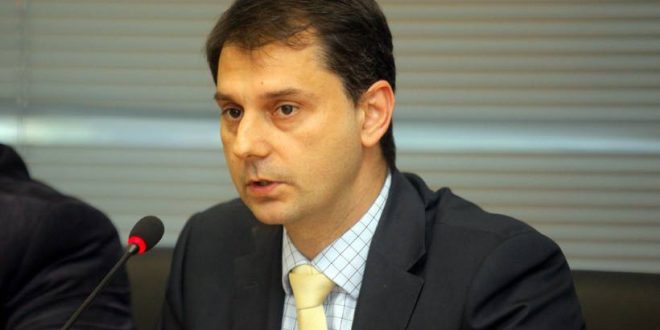 Louise Inzk 10th May 2021 International, News Comments Off on International:- Minister of Tourism Haris Theocharis in London today for talks.

The Minister of Tourism, Mr. Harris Theocharis, will have meetings in London with senior government officials, representatives of airlines and executives from the UK tourism market. The Minister will pay a visit to the British capital from Monday, 10 to Wednesday, 12 May, promoting the opening of Greek Tourism for 2021. Mr. Theocharis’ program also includes a series of interviews with world-class media.

Specifically, the Minister of Tourism Mr. Haris Theocharis will have a meeting with the Deputy Minister of Foreign Affairs, Commonwealth and Development, responsible for Asia and International Development of the United Kingdom Mr. Nigel Adams. The terms of the release of travel between Great Britain and Greece in the near future are expected to be discussed.

Afterwards, the Minister for Tourism will meet with senior executives of the three largest airlines in Great Britain, namely British Airways, EasyJet (for air travel and travel agency) and Jet2. These three air carriers serve millions of tourists every year and the frequency of their itineraries to our country is very important, both practically and symbolically, as it is a proof of trust in Greece as a safe destination. It is also recalled that the United Kingdom is one of the largest tourist markets for Greek Tourism. Indicatively, in 2019 Greece welcomed about 3.5 million travelers from Great Britain.

In addition to the representatives of the airlines, Mr. Theocharis in London will also meet Mr. Noel Josephides, member of the Board of Directors of the Association of Independent Tour Operators (AITO) and President of the Travel Foundation.

The program of Mr. Harry Theocharis includes a series of interviews in British media of high prestige and international repercussions, such as BBC, Sky News, The Telegraph, etc., while a special meeting with the correspondents of Greek networks in London is planned.

Louise is Australian born and has been a Greek citizen since 1991. She has deep cultural ties with the island, often writing about Zakynthian Traditions and Culture. She is also an active member of the Volunteer Group of Zakynthos, Giostra Di Zante and is a member of the women's choir "Rodambelos". Her love of the island and all it offers saw her joining the Zakynthos (Zante) Informer admin team in 2014.
Previous Zakynthos:- Heavy fines “handed out” on the island 10,000 euros and “suspension” for two premises
Next Zakynthos:- Murder of Dimi Korfiati “The perfect crime” – The perpetrators had greased the bullets – Specialist from Hellenic Police Dept. on the island