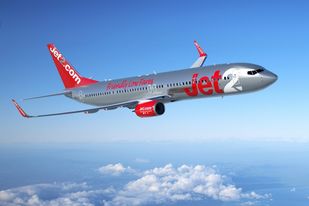 Louise Inzk 4th June 2021 International, News Comments Off on Jet 2 – Postpones its plans for July 1 – Following the announcements of the British Government

Jet2 and Jet2holidays, the UK’s second-largest travel group, are postponing their resumption date to July 1, in response to the British government’s latest decision on tourist destination lists under the “traffic light” system for the resumption of international travel. For Turkey, which remains on the “red” list of the British government, this date goes even further back, on July 22.

It is recalled that Portugal, the only major tourist destination for the Jet that was on the “green” list of the British government, will be moved to the “orange” next week, while seven countries have moved to the “red” list.

Most European short-haul destinations, which make up the bulk of Jet2holidays products, remain in “orange”, which means that passengers returning to the UK from “orange” destinations must remain in a 10-day quarantine at home.

Prior to this development, Jet2Holidays had decided to start its programs on June 24, an announcement it made in early April, following the publication of the Global Travel Taskforce finding.

Commenting on this unfortunate development, Steve Heapy, CEO of the Jet2 group, confirmed that both companies will postpone their restart until July 1 – with the exception of the United Kingdom Jersey, where it will start on June 24, as it was scheduled.

“We know how frustrated our customers and partners are with travel agencies after today’s announcement and we share their concerns and frustrations. The British government has repeatedly stated that it makes decisions based on infection and vaccination rates, but many destinations remain off the “green” list, despite their low Covid rates and high vaccination rates.

He adds that he does not understand, as the government’s criteria for travel decisions apply, why most destinations across Europe and the Mediterranean are not open to British holidaymakers.

“We demand absolute transparency in the data, so that travelers and industry can truly understand what is leading to these decisions. We agree that public health must be the first priority. However, despite all the evidence that travel can be safely restarted, the United Kingdom remains largely excluded and the rest of Europe is opening up. 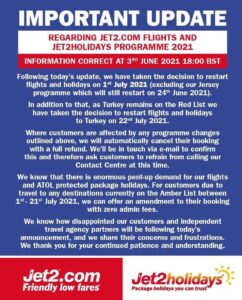 According to the travel agency, its customers, who had planned their vacation in “orange” destinations between July 1 and 21, are allowed to modify their reservations free of charge.

Louise is Australian born and has been a Greek citizen since 1991. She has deep cultural ties with the island, often writing about Zakynthian Traditions and Culture. She is also an active member of the Volunteer Group of Zakynthos, Giostra Di Zante and is a member of the women's choir "Rodambelos". Her love of the island and all it offers saw her joining the Zakynthos (Zante) Informer admin team in 2014.
Previous Zakynthos, Corfu and Crete – Included in the list of Party Hard Travel destinations for clubbing
Next Aktypi – Mendoni meeting Strofadia, Venetian Castle and Museum on the agenda