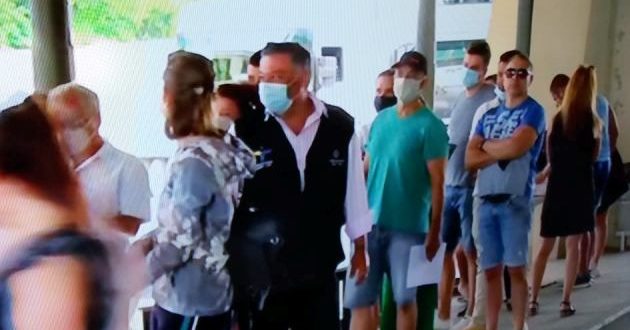 Gatherings of more than four are prohibited throughout Greece from Sunday morning!

The decision of the Chief of the Hellenic Liberation Army, Lieutenant General Michalis Karamalakis, to ban all gatherings throughout Greece was issued late on Saturday night, with a view to the anniversary of the Polytechnic.

The decision provides for fines of up to 5,000 euros for those who violate it, without exception, either as organizers or as participants in any gathering of more than four people.

The announcement of the Headquarters of EL.AS issued for the ban Due to the urgent need to deal with a serious risk to public health and in the context of emergency measures to combat the spread of coronavirus COVID-19, by Decision of the Chief of Greek Police, are prohibited throughout the country, all public outdoor gatherings, in which or more people, from 06:00 on 15 November until 21:00 on 18 November 2020.

For the offenders, subject to the application of other sanctions arising from the current legislation, the following sanctions are provided:

• an administrative fine of 5,000 euros for legal entities and 3,000 euros for natural persons who organize public outdoor gatherings; and

• an administrative fine of 300 euros to persons who violate the ban by participating in public outdoor rallies ”.

Louise is Australian born and has been a Greek citizen since 1991. She has deep cultural ties with the island, often writing about Zakynthian Traditions and Culture. She is also an active member of the Volunteer Group of Zakynthos, Giostra Di Zante and is a member of the women's choir "Rodambelos". Her love of the island and all it offers saw her joining the Zakynthos (Zante) Informer admin team in 2014.
Previous Exchange program students sentenced for corona-party in Thessaloniki
Next Entertainer Des O’Connor dies aged 88