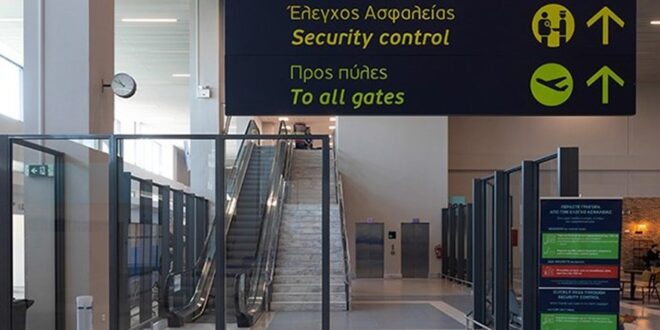 Stormy developments in Britain were triggered by the handover of the Global Travel Taskforce report to the government today. The statements of the Minister of Transport Grant Shapps, which confirm the system of traffic lights and talk about the ranking of countries in three colours, in early May.

Jet2 has already announced that it is postponing the start of flights and vacation packages to June 24.

At the same time, according to information, Onthebeach postponed the start of its programs on July 1st, with company sources emphasizing that in any case there is the flexibility to start the programs sooner or later, depending on the developments. It is recalled that Onthebeach is the third largest tour operator in Britain in ATOL positions.

Love Holidays also postponed the start of its programs for the 1st of July.

Jet2 CEO Steve Heapy said: “I’m very disappointed with what was announced. It really gives us nothing. With a heavy heart I postpone the restart date to June 24 “.

At the same time, according to what the Minister of Transport said at the beginning of May. The countries will be classified in 3 colours – categories. Questions are raised about the time shift of almost a month and a half by tour operators.

According to travel observers, this is due to two reasons:

1. The distribution of countries in the traffic light system will be subject to continuous review. While formal revisions of all restrictions (and not just the categorization of countries) will take place on 28 June and at “checkpoints” no later than 31 July and until October 1.

2. The very high cost of PCR tests. And the government’s commitment to evaluating cost-cutting options, including the use of cheaper, tests. It is noted that even in the “green” countries will need a double test before returning to Britain. A molecular diagnostic test before departure and another test on the second day after arrival. In the “orange” and even more so in the “red” countries, these requirements and costs multiply.

TUI, has not yet announced a postponement of the start date of flights – packages. However in a statement made by CEO Andrew Flintham, there is great dissatisfaction with the cost of the tests, while giving the possibility of cancellations until the end of July (!!!).

“While the traffic light system will allow trips abroad from May 17, we remain disappointed with the costly proposed testing and quarantine measures,” said the CEO of TUI UK and Ireland. We are firmly committed to finding cost-effective testing solutions for our customers, as well as offering the maximum flexibility to make travel possible this summer and beyond. Customers traveling between May 17 and the end of July already have the option to change their holiday to another date for free. The TUI holiday promise also allows customers who are unable to quarantine on return or pay for trials to later change their holiday.

Speaking to Travel Weekly after the panel’s report was released, Jet2 CEO Steve Heapy confirmed the change, saying the target for a date in May was not “fair” to customers, travel agents and staff. .

And he said characteristically: “My initial reaction is disappointment, to be honest.

He went on to say: “After five weeks since Global Travel Taskforce wrote the report, they have come up with something that is not very different from what we did last summer. They are committed to cheaper tests, but there is no real detail. “We are trying to ‘run’ an airline and we do not know when we can start flying, where we can start flying and the conditions under which we operate.”

Finally, Heapy said that Jet2 did not wait for the publication of the destination categorization, but wanted to see more details in the panel report.

He explained that in order for the company to fly on May 17, as previously planned, “We would have to hire a lot of seasonal staff in the UK, many seasonal staff in each of the 50 destinations we fly to. And maybe not fly there for two or three months. We would have the cost base of a fully operational airline and possibly could not fly. That fact must be taken into account. ”

He concluded by emphasizing: “I am very disappointed with what was announced. It really gives us nothing. With a heavy heart I postpone the restart date to June 24 “.

More specifically, the introduction of a “traffic light” system that will allow the safe resumption of international leisure travel was officially confirmed today by the British government, following the delivery of the Global Travel Taskforce report.

The Minister of Transport announced that the countries will fall into the “green”, “orange” or “red” category, depending on. 1. the percentage of their population that will be vaccinated against the coronavirus. 2. the extent of the spread of the virus. 3. the existence of dangerous mutations and 4.access to reliable scientific data and genomic analysis of the virus.

The first possible date for the system to take effect and for British holidays to resume abroad remains May 17, although confirmation will be made in early May.

According to the Minister of Transport, “Global Travel Taskforce has outlined the framework for restarting international travel, reaffirming the need for PCR testing upon arrival, but also a commitment to evaluating cost-cutting options, including of using cheaper tests.

As announced earlier this week, the recommendations include a three-tier “traffic light” system for classifying countries, with an initial list to be published “by early May” to confirm whether international travel can be restarted. as early as possible on 17 May.

To ensure that travel opening is “affordable and possible”, travel liberalization will be given in parallel with the easing of restrictions. This means that passengers will no longer have to provide a valid reason to leave the country.

A “green watch list” will also be introduced to identify countries at risk of moving from low-risk green to orange.

However, the panel’s report said the government “will not hesitate to act immediately if the data show that countries’ risk assessments have changed”.

The report confirms that the UK will play a “leading role in the development of international standards around a digital travel certification system.” With the assessment in progress on how certification could facilitate incoming and outgoing travel.

Other developments include plans to digitize the current passenger tracking form, “which allows electronic gateway checks by autumn 2021”. Enhanced CAA enforcement powers to protect consumer rights and the introduction of a “Covid-19 map”. With requirements and rights of passengers while the measures remain in force.

The distribution of countries in the traffic light system will be subject to continuous review. With formal revisions of all restrictions to be made initially on 28 June and then on 31 July and 1 October at the latest.

International travel is vital – it boosts business and supports the UK economy. But more than that, it brings people together, connects families that have been held apart and allows us to explore new horizons.

The framework announced today will allow us to reopen travel safely and sustainably. Ensure that we protect our achievements with the vaccine. And offer calm to both passengers and industry as we begin to travel abroad again.

We will work with the travel industry and private test providers before the opening of international travel. To see how we can further reduce travel costs for the British while ensuring that travel is as safe as possible.

“This could include cheaper tests used when holidaymakers return home, and whether the government will be able to provide tests before departure.”

Responding to the travel industry’s strong criticism of the cost of the tests on the BBC, Shapps said: “I have said we want to see these tests becoming as cheap and convenient as possible. I will work with the travel industry and private test providers to reduce these costs. I think you are absolutely right and I will not forget these companies that seem to be winning, including possibly removing them from the recommended list. I see no reason, especially since we have a large market of tests now in the UK from almost any other country. As one country examines almost two million people daily and everyone as of today is entitled to a rapid test twice a week.

The minister told Sky News that “the cost is certainly worrying”, but added: “It is one of the factors this year and we have to accept that we are still facing a global pandemic. But today I pledge to reduce the cost of these tests and look into innovative things we could do. For example if we can help provide the rapid tests that people need to do before leaving the country, when they are about to return to the UK. Also to reduce the cost of tests when they return to the UK , where if it is in the green category, it is only a test. That is why we try to make it as practical as possible “.

What the airlines say

Some airlines want the requirement for travel tests from “green” countries to be completely abolished or replaced by cheaper rapid tests. Others want the UK to adopt the same policy as France, where travellers can receive government-subsidized PCR tests at some airports if they show their airline ticket.

EasyJet CEO Johan Lundgren said the sector was being treated differently from other sectors of the economy.

He said: “They could open up the UK economy with side-flow tests that are much cheaper and much more accessible, and then if it turns out to be positive, a PCR test could be required.”

The consumer organization Which? estimates that for holidays in Greece each traveller will have to pay an extra 370 pounds for all the required tests, with the amount being even higher for other popular destinations.

What are the requirements per colour zone

The requirements for the green, orange and red countries were confirmed as follows:

Green: Arrivals should have a pre-departure test as well as a PCR test on the 2nd day or earlier on arrival in the UK. But will not need quarantine on return (unless positive) or receive additional tests. Halving the cost of tests on return from vacation

Orange: Arrivals should be quarantined for a period of 10 days. Have done a pre-departure test.  A PCR test on the 2nd day and a test on the 8th day with the option Test to Release on the 5th day to end the quarantine earlier.

Red: Arrivals will be subject to current restrictions for “red list” countries, which include – a 10 day stay in a specific quarantine hotel, at a tourist cost, pre-departure tests and PCR tests per day 2 and 8, upon arrival

Key factors in assessing countries will include the percentage of population vaccinated. The rate of infection. The prevalence of mutations. And the provision by the country of reliable scientific data and genomic sequencing to detect mutations.

Liz Osborn's first experience of the island was as a holiday rep in 1992. She fell in love with everything Zakynthian and has been here since then. Liz became a Greek citizen in 2003 and has been active in tourism and the Greek life over the years. Liz's support of the island saw her joining the Zakynthos Informer team in 2020
Previous Announcement from Buckingham Palace – Prince Philip passed away aged 99
Next Zakynthos:- Coronavirus lockdown Zakynthos remains in deep red zone.