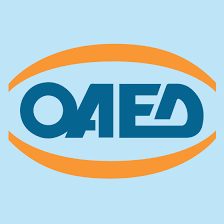 OAED:- Benefits for unemployed and seasonal workers who will not work this year.

Louise Inzk 20th May 2020 Local, News, Uncategorized Comments Off on OAED:- Benefits for unemployed and seasonal workers who will not work this year.

Unemployment benefits have been announced for seasonal workers who will not be hired during the current tourist season. The measure was decided due to the health crisis and the economic consequences it brings.

As stated by the Minister of Labour and Social Affairs, Giannis Vroutsis:

“Considering the effects of the pandemic crisis on the tourism industry, we are taking protective measures in favour of seasonal workers in this industry who are significantly affected.

In particular, we provide – as a monthly financial aid – the seasonal unemployment benefit to about 120,000 seasonally unemployed until September 2020.

At the same time, the state undertakes to cover the employer’s insurance contributions of seasonal part-time workers.

Mr Vroutsis: We are motivating the re-employment of seasonal workers.

This measure will serve as an incentive to re-employ seasonal workers.

We are also expanding unemployment benefits, which expire in May by two months.

Finally, we reduce the minimum wages required from 100 to 50 to receive the seasonal allowance next fall.

In closing, I would like to refer to the Social Tourism Program of OAED, for which we will triple its budget from 10 to 30 million euros.

Our goal, especially this year, is to strengthen domestic tourism as much as we can.

We join forces, put all our weapons into battle and make every effort to deal with the economic impact of the crisis from the pandemic.

Louise is Australian born and has been a Greek citizen since 1991. She has deep cultural ties with the island, often writing about Zakynthian Traditions and Culture. She is also an active member of the Volunteer Group of Zakynthos, Giostra Di Zante and is a member of the women's choir "Rodambelos". Her love of the island and all it offers saw her joining the Zakynthos (Zante) Informer admin team in 2014.
Previous No UK “Airbridge” with Greece
Next Zakynthos:- Headlines in Main News as a top tourist destination. (VIDEO)