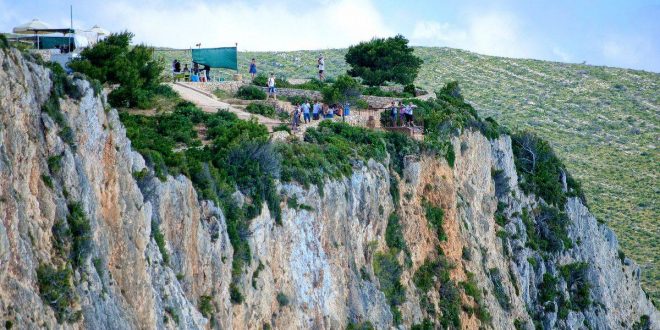 Permits for operating in the shipwreck area postponed

Another postponement was given to the debate regarding permits to individuals operating in the Shipwreck area, known as Navagio and the decision to postpone the issue was unanimous last Wednesday at the meeting of the City Council.

The debate has taken its time as the Municipality’s competent department has suggested to the Municipal Council to subtract the permits. The issue had been debated for the first time in the City Council last October, when the Municipal Development Division had been asked to remove the permits due to a ban on carrying out activity in a reforestation area, in which the area of the shipwreck has been characterized.

During the summer period of 2018, successive lawsuits were filed by the Forestry Division and the Law in these cases provides for the revocation of the permits.

The discussion then did not lead to a specific decision pending the opinion of the legal service of the Municipality, which has now been secured. However, during last Wednesday’s meeting, private individuals present also wanted legal counselling and to be present at the debate, which also added to the postponement .

The above is one of the many outstanding issues concerning the platform of the Navajo and it is imperative that it be solved before the start of the new tourist season.

CAUTION! This article is reprinted and translated from the below source, the link of which links to the source itself. Our pages have not been journalistic; therefore if you may have a dispute you can address the source itself.

Louise is Australian born and has been a Greek citizen since 1991. She has deep cultural ties with the island, often writing about Zakynthian Traditions and Culture. She is also an active member of the Volunteer Group of Zakynthos, Giostra Di Zante and is a member of the women's choir "Rodambelos". Her love of the island and all it offers saw her joining the Zakynthos (Zante) Informer admin team in 2014.
Previous Asia Bibi blasphemy acquittal upheld by Pakistan court
Next EU measures to crackdown illegal Golden Visa schemes not adequate, say critics