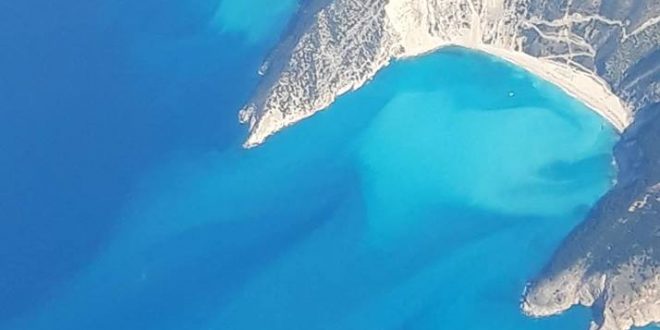 Some serious and responsible decisions have to me made in regards to the management of the beach area at Shipwreck cove, as it is a registered trademark and the most powerful “Tourist Product” of our Island.  In reference to the report from the Geologist Institution of Geological and Mining Research, which gives a detailed account of the area, after the landslide phenomena on the 13th September. 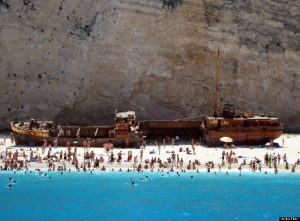 In the multi-page report, the Technical Geologist of the Department of Technical Geology of IGME, Lambros Pyrgiotis, after analyzing the geology of the area and the natural processes that are taking place, proposes a series of immediate measures for the safety of the visitors to the shipwreck and of the area which he characterizes as a “natural geological monument”. These include the prohibition of environmental degradation, but also spatial planning and access to the sea by inland waterways at a distance of not less than 25 meters on either side of the ship.

Still, naturally, he asks that there should be no uncontrolled access for visitors who observe the monument from above.

The IGME geologist concludes with these immediate measures until the necessary studies in the area indicate the danger points and that measures should be taken.

IGME’s research is another element that should be taken into account, in planning by  the authorities and it is worth noting that in addition to the Municipality and the Region, the report has been sent to the Ministries of Environment and Infrastructure.

In the conclusions of his report, the IGME geologist mentions the parameters he took into consideration, noting that his research “examined in principle the geomorphologic evolution, the geological structure (lithrostromatographic development and tectonics), the seismological and the hydrological-hydrogeological regime in general of the island of Zakynthos and especially of the wider area of ​​the bay  “Shipwreck/Navagio” and the beach formed inside it, which has been affected by instability on 13th September of last year.. These factors play a key role in the study and interpretation of the technical geological parameters characterizing an area, as well as the failures that may arise. 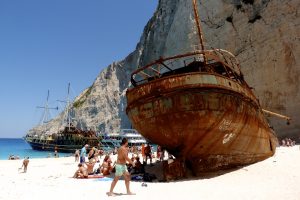 Continuation of the special geological-geotechnical conditions in the area were studied, its location was recorded, the causes and mechanism of the genesis were investigated and the risk was assessed in relation to the safety of operation and approach by visitors in an area of ​​unparalleled beauty which is the beach of the Shipwreck/Navagio .

The main causes of the phenomena studied are:

(1) the steep slopes of the cliffs which tend to become negatively vertical  (2) the friable character of the lime stones and their intense tectonic stress (3) the presence of discontinuities in the rock mass with unfavorable orientation mainly in the southwestern slopes of the beach 4) the formation of subsoil, due to past crises, of the processes of Cartelization and waves (5) the development on the abrupt slopes of surfaces of exfoliation as a result of thermal expansion and contraction of lime stones and chemistry corrosion can result from the presence of water and (6) the application of the dynamic load due to earthquakes. The trigger for triggering instability phenomena in the above area may be intense and prolonged rainfall, natural vibrations (earthquakes), and gravity alone when the rock mass falls into a state of marginal balance due to all of the parameters mentioned above. ”

The proposals in conclusion are:

On the basis of the above data and the general geotechnical vision of the area, it is possible to eliminate the risk and safe approach of the “Navagio” beach and to protect this natural monument of aesthetics by taking the measures which have been reported in detail and summarized in reference to:

It should be noted that the IGME geologist proposes as a tool for further promotion of Zakynthos to prepare a dossier for the accession of the island to the UNESCO Geopark Network, in which, apart from the Navagio bay, other areas of the island of the same interest could be included.

CAUTION! This article is reprinted and translated from the above source, the link of which links to the source itself. Our pages have not been journalistic, therefore if you may have a dispute you can address the source itself.

Louise is Australian born and has been a Greek citizen since 1991. She has deep cultural ties with the island, often writing about Zakynthian Traditions and Culture. She is also an active member of the Volunteer Group of Zakynthos, Giostra Di Zante and is a member of the women's choir "Rodambelos". Her love of the island and all it offers saw her joining the Zakynthos (Zante) Informer admin team in 2014.
Previous Ex-football coach dies day before child sex abuse trial
Next Plane crash survivor meets rescuer for first time after 30 years