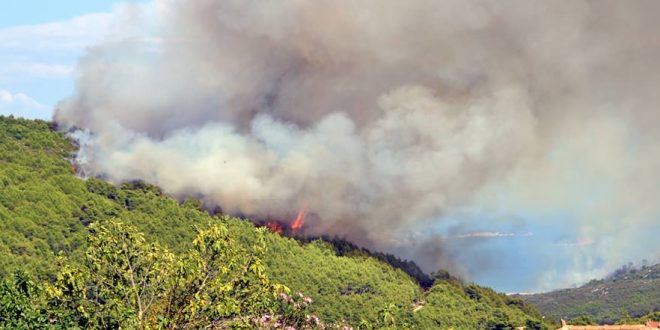 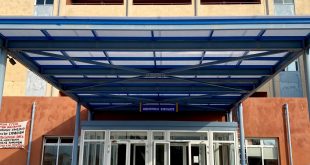 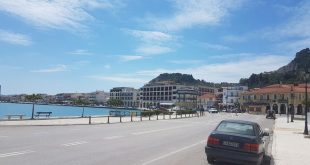 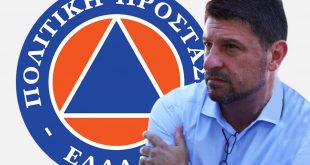 In an article written by the Greek Newspaper ” το βήμα της Κυριακής ” evidence of arson on Zakynthos involving High Government officials has caused concern within our community. High level government officials, including chiefs of forests services and key local officials, plus individuals alike involved in two major arson cases. The reason behind the arson? For declassifying forests or to satisfy other interests.

The article in ” το βήμα της Κυριακής ” states that the Home Offices of ELAS, the Fire Department and judicial authorities have gathered critical evidence for espionage. Testimonies from witnesses and findings in the areas where fires destroyed large acres to deforest.

The newspaper presented the unknown files of organised arson activities followed orders from high up in Attica and Zakynthos. Whilst the investigations into the devastating fires in central Evia, which burnt 27,000 acres of forest land continue. 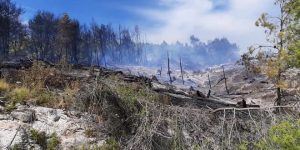 The second major investigation by the Fire and Judiciary authorities that has gathered critical data on well-organized arson is related to the 2017 fires in Zakynthos. On our beautiful island, you may recall the devastation.  There were about 170 fires at that time and about 30,000 acres burnt.

According to a study by former Fire Chief A. Gourbatsis, 61% of Zakynthos’ forest areas are classed a private, 12% owned by monasteries and 27% municipal (community) and there is a war of interests around much of them. Whilst the average of 29 fires per 100 sq km for the whole of Greece, in Zakynthos the number is extraordinary at 120 fires for the same area. 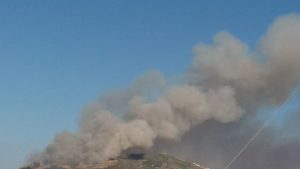 Furthermore, according to Mr. Gourbatsis, 60% of Greece’s forest fires have an average extinguishing time of 7.5 hours (15 hours maximum). However, in Zakynthos, the average duration of forest fires is 34 hours. The longest time of all the prefectures of the country! 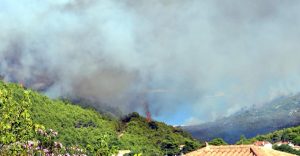 The Fire Department has in recent months made five arrests of suspected arsonists. Mainly for two major fires in the area of Volimes. Meanwhile a resident also alleged to have used a deposition of a man arrested for trafficking 300 kilos of cannabis is held in jail.

The Fire Department’s Crime Unit has expanded investigations over the last two years. In addition, they are continually making visits to our island. Carrying out more investigations in an effort to try and “highlight” who or what is behind the fires. 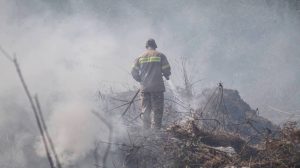 Recently the investigations seem to have put a new direction on fires suddenly appearing from nowhere within our forest areas. Noting only one fire this year in the area of Agala.  According the newspaper reports, Zakynthos private investors have deposited tens of thousands of cash to Senior Government officials. Their motive; deforestation once arson has occurred.

According to information on this type of system of interests and arson in Zakynthos, the former Metropolitan Archbishop of Zakynthos, Christostomos has also made a statement confirming this to the newspaper “το βήμα της Κυριακής.

For the full story in Greek click on source :-https://www.tovima.gr

Louise is Australian born and has been a Greek citizen since 1991. She has deep cultural ties with the island, often writing about Zakynthian Traditions and Culture. She is also an active member of the Volunteer Group of Zakynthos, Giostra Di Zante and is a member of the women's choir "Rodambelos". Her love of the island and all it offers saw her joining the Zakynthos (Zante) Informer admin team in 2014.
Previous The tiny islands that could explode the China-Vietnam relationship
Next Schools start 11 September, 2019.