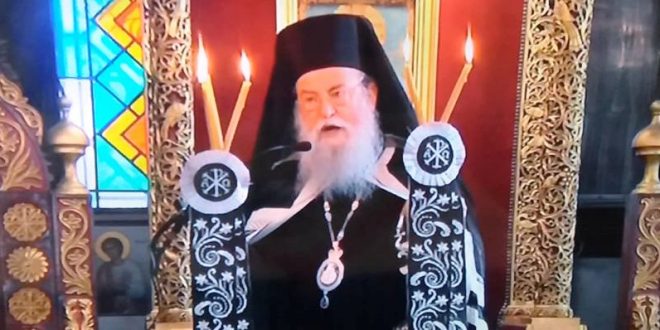 The Holy Light is making its way to Zakynthos (VIDEO)

Louise Inzk 2 weeks ago Greece, Local, News Comments Off on The Holy Light is making its way to Zakynthos (VIDEO)

Orthodox tradition holds that the Holy Fire happens annually on the day preceding Orthodox Pascha (Orthodox Easter.) During this time, blue light is said to emit within Jesus Christ’s tomb, rising from the marble slab covering the stone bed believed to be that upon which Jesus’ body is to have been placed for burial. The marble slab is now in the Church of the Holy Sepulchre in the Old City of Jerusalem. The light is believed to form a column of fire, from which candles are lit. This fire is then used to light the candles of the clergy and pilgrims in attendance. The fire is also said to spontaneously light other lamps and candles around the church. Pilgrims and clergy say that the Holy Fire does not burn them.

While the Patriarch is inside the chapel kneeling in front of the stone and praying, there is darkness but far from silence outside. One hears a rather loud mumbling, and the atmosphere is very tense. When the Patriarch comes out with the two candles lit and shining brightly in the darkness, a roar of jubilation resounds in the Church, as seen in the video

Thousands of pilgrims as well as local Christians of all denominations gather in Jerusalem to partake and witness this annual event.

The Holy Fire is taken to Greece by special flight, and similarly to other Orthodox countries or countries with major Orthodox churches, such as Georgia, Bulgaria, Lebanon, Romania, Egypt, Cyprus, North Macedonia, Serbia, Ukraine and Russia, being received by church and state leaders.

The government plane that will transport Holy Light is expected to arrive in Greece at 18:30 at the Athens “Eleftherios Venizelos” airport. “The State has taken care of the transfer of the Holy Light from the Holy Sepulcher to Athens and from there to all of Greece.

In Zakynthos it will arrive by aeroplane this afternoon at 7.30p.m,  and from there it will be delivered directly to the Holy Church of Saint Dionysios. It is here that it will be given to all the leaders of the churches across Zakynthos. In a special service it will be given among the faithful later this evening at what is called “The Anastasi” (The Resurrection). This year due to covid restrictions the Anastasi will take place at 9.30p.m and not at midnight as traditions would have.

Louise is Australian born and has been a Greek citizen since 1991. She has deep cultural ties with the island, often writing about Zakynthian Traditions and Culture. She is also an active member of the Volunteer Group of Zakynthos, Giostra Di Zante and is a member of the women's choir "Rodambelos". Her love of the island and all it offers saw her joining the Zakynthos (Zante) Informer admin team in 2014.
Previous Monday 3rd Bars, restaurants and cafes open…… what the measures area & table settings (diagrams available)
Next Restaurants and cafes opening See what fines will be imposed when the measures are not observed