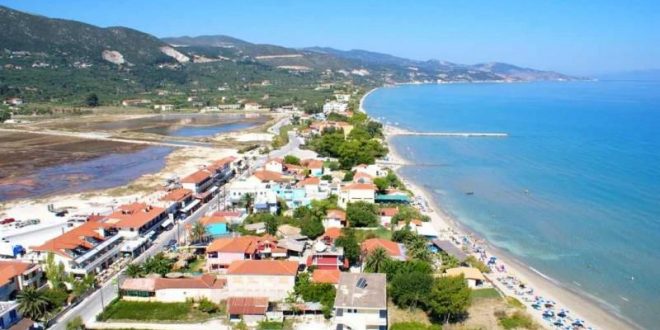 The Times: Greece plans to open borders to vaccinated Britons in May.

Louise Inzk 24th February 2021 Greece, News Comments Off on The Times: Greece plans to open borders to vaccinated Britons in May.

The Times: Greece plans to open borders to vaccinated Britons in May

Athens plans to open up to British tourists could bring it into conflict with Brussels, according to British publication.

Greece is considering opening its borders to tourists from Britain who have been vaccinated even since next May, according to an article in The Times, in a move that may provoke reactions from the country’s partners in the European Union.

According to the report, Athens is reportedly working on a plan that will allow the British to spend their holidays in the Greek islands this summer, provided they have some form of vaccination certification, regardless of EU decisions on making unnecessary trips outside the “27” bloc.

It also says the government is promoting a plan to vaccinate workers at the country’s airports, hotels and tourist resorts.

British tourists who are interested in visiting our country for their vacation will have to prove in some way that they have been vaccinated in time for Covid-19, in a time frame that has allowed them to develop immunity against the virus.

Athens’ plans, however, depend entirely on the intentions of the Europeans for a unified approach to lifting restrictions on unnecessary travel, in order to avoid a conflict with Brussels at this level, the newspaper said.

It is emphasized that Boris Johnson gave the “green light” this week to start returning his country to normalcy, stressing that in terms of travel there will be a reassessment of the data in April to decide when international flights could start, something that is not expected to happen earlier than mid-May.

The Europeans, for their part, will discuss the course of vaccinations in a teleconference on Thursday (February 25th) and are not expected to agree to the lifting of travel restrictions before there are clear signs of an improvement in the epidemiological situation.

Louise is Australian born and has been a Greek citizen since 1991. She has deep cultural ties with the island, often writing about Zakynthian Traditions and Culture. She is also an active member of the Volunteer Group of Zakynthos, Giostra Di Zante and is a member of the women's choir "Rodambelos". Her love of the island and all it offers saw her joining the Zakynthos (Zante) Informer admin team in 2014.
Previous Zakynthos:- A third case of coronavirus confirmed today, a 12yr old.
Next Zakynthos:- UK Government..The Taskforce will report on 12 April, with recommendations aimed at facilitating a return to international travel