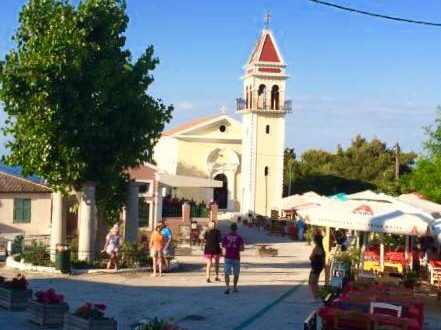 The village of Bochali celebrates 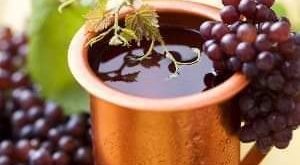 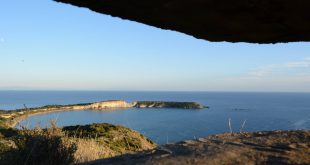 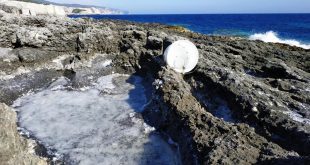 Today celebrations start in the picturesque village of Bochali. The village is celebrating Saint Paraskevi and the little church set high on the hill that looks all over Zakynthos will be honoured.

According to tradition Saint Paraskevi, meaning Friday in English, was born in a village in Rome. Her parents who were of Greek origin, prayed they bore a child for many years and the day when their prayers had been answered, the baby girl happened to be born on a Friday. She grew up very well educated, and who rejected many suitors. It wasn’t till after the death of her parents she became more active in Christianity giving her worldly goods away  and to become the head of a Christian community protecting widows and young girls. At the age of 30 she decided to leave Rome to preach Christianity However, in the village of Therapia, Turkey, where she was arrested and brought to trial; her charge was blasphemy and the cause of unsettlement that had recently befallen on the empire. 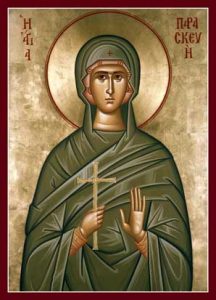 A saint known for healing powers, especially eyes, still sees the faithful honouring her, and the story of healing goes back to when she was captured and tortured. She was also immersed into a large kettle of oil and tar, but miraculously emerged unscathed. When she was accused of using magic, Paraskevi responded by throwing the liquid into the emperor’s face. He became blind, and asked for her help. After regaining his sight he let Paraskevi free.

Her freedom wasn’t to be for long after as laws soon changed, she was then captured and thrown into a pit full of snakes. It was here that she drew the sign of the cross and the snakes were split in half. Escaping she would continue to preach but she met her death when she was arrested by an official named Taracius, who had her beheaded. 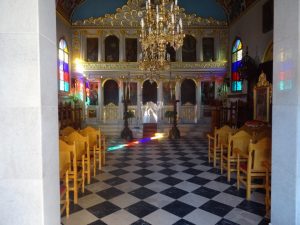 Tonight, 25th July at 19.30p.m the church at Bochali will pay tribute in traditional Zakynthian style. The icon of Saint Paraskevi will be held in litany around the village and then the church service will continue in her name.

For those who are interested in taking part in the celebrations we have included a map, please click on the link provided https://www.google.com

Louise is Australian born and has been a Greek citizen since 1991. She has deep cultural ties with the island, often writing about Zakynthian Traditions and Culture. She is also an active member of the Volunteer Group of Zakynthos, Giostra Di Zante and is a member of the women's choir "Rodambelos". Her love of the island and all it offers saw her joining the Zakynthos (Zante) Informer admin team in 2014.
Previous North Korea fires ‘new short-range missile’ into sea, S Korea says
Next General Power Cuts for most of the Island