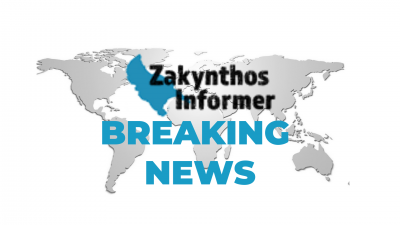 What will apply now with the measures on Zakynthos

Liz Osborn 6 days ago Greece, Local, News Comments Off on What will apply now with the measures on Zakynthos

After Nikos Hardalias announcement that Zakynthos is now orange here is a recap of the measures for orange areas.

As of tomorrow Saturday 20th February.

According to the current data, the measures applied horizontally for the whole territory are the following:

Use of mask indoors and outdoors

Prohibition of movement between Regional Units

Work with the minimum possible staff (rotation, telework) in private and public sector

Kindergartens, Primary schools and all Special Education schools are open at all levels

At level A (“yellow” areas) the following applies, in addition to the existing horizontal measures:

Operation of retail, hairdressers, barbers, beauty centers, as well as diet services, services of diet units with the exception of exercise, personal hygiene and body care services, but also KTEO with 1 person per 25 sq.m.

Carrying out operations with the presence of up to 25 people inside temples and up to 50 people in the metropolitan temples
Resumption of operation of OPAP agencies (not OPAP PLAY) from February 1st.

Liz Osborn's first experience of the island was as a holiday rep in 1992. She fell in love with everything Zakynthian and has been here since then. Liz became a Greek citizen in 2003 and has been active in tourism and the Greek life over the years. Liz's support of the island saw her joining the Zakynthos Informer team in 2020
Previous Greece launches issue of digital “vaccination certificate” as of Feb 19
Next Greece: 1460 new coronavirus cases, 28 deaths, intubations rise to 325

In a new first indicating an exacerbation of the incendiary rhetoric emanating from Ankara, Turkish …