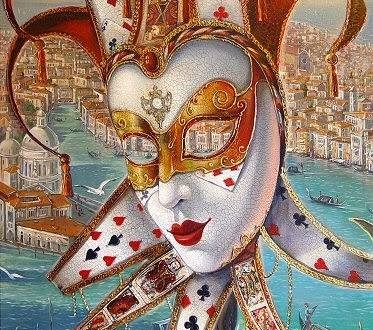 Today the vibes of the Zakynthian Carnival were starting as the municipality of Zakynthos was preparing areas within our town. 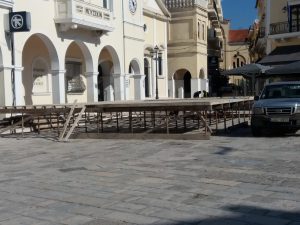 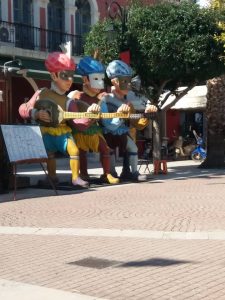 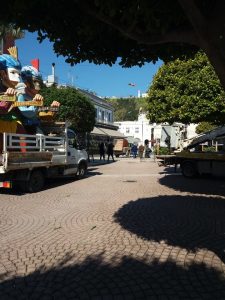 Zakynthos has its own special way of celebrating the Carnival Period and is a must to visit during this period. There is fun for every one!

The programme for the Zakynthian Carnival 2019 is presented below. We wish all a happy Carnival.

PROGRAMME FOR THE ZAKYNTHIAN CARNIVAL 2019 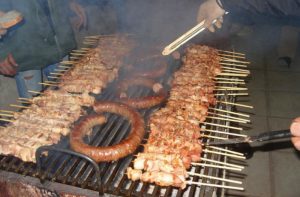 The whole island is in BBQ starting early in the morning! It’s BBQ Thursday in the neighbourhoods of the town and villages.

13:00  “Traditional TsiknoPepti” in Argassi. Live music, clown and face painting for our little friends, free food and wine. The dance club “ADJARDO” of the Cultural Association MANOLIES will dance traditional dances. There will also be a separate stage with D.J. for all musical tastes.

A festival of song and dance for our opening ceremony, in traditional Zakynthian style.

21:00 The “Zakynthos Artists Workshop” organizes an outdoor feast with traditional dances and songs in Alexandros Rome 17 (Rouga Square), in front of the KINNAVARI.

21:00 The  of the Greenery (FESTA) at the Cultural Centre of Zakynthos, contributing to the preservation of the morals and customs of our island. (Free entrance).

20:30 The LITHAKIA Cultural Club is holding its Carnival Ball at DENNIS tavern in Lithakia. 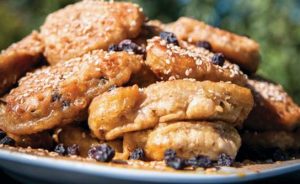 15:30 The Cultural Association of Agerikos “Antonis Marttelaos” will present in the central square of the village, excerpts from 2 Omilies (Zakynthian Street Theatre) by Nionos Arvanitakis. Also the cultural clubs of Machairados and Agerikos will present traditional dances. There are Zakynthian Kantathes (Songs) from the group IONIAN WAY and the traditional rice pudding will be offered.

16:00 Children’s dance by the Parents and Guardians Association of the Second Primary School will be held at the Cultural Centre.

18:00 Carnival – face painting and carnival construction at the entrance of the Cultural Centre

21:00  Carnival dance of the Cultural Association of Agios Agerikos “Antonios Marttelaos” in the hall of the Community Cultural Centre, with raffle tickets and more.

22:00 Carnival Dance (FESTA) of the group “ Fiore tou Levante” at the Cultural Centre. 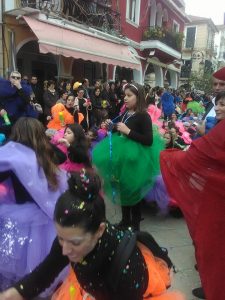 Starting point of the parade at Agios Lazaros.  The parade for our little ones, many schools, cultural groups and Teachers-Parents associations take part.

15:00 The Centre for Foreign Languages ​​Christina Kontoni will hold a Carnival Party at the Cultural Centre 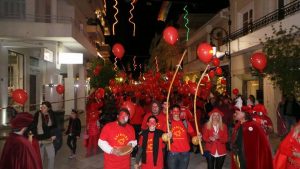 Serenades from the MANOLES that will start from the square of Agioi Saranta and through to Al.Roma street, which will eventually end up at St. Mark’s Square. There will be traditional Zakynthian dance song and even bits of a Zakynthian Omilia to entertain you. A true Zakynthian night with typical Zakynthian sounds.

21:00 Carnival Night Parade known as  “Red Night”, starting at St. Saranta square and ending at St. Mark’s Square. The Brazilian band FURIOSA DADA with Samba rhythms will also be participating. So get dressed in “RED” and join in the fun.

20:00 “The Club of Zakynthos”, will be holding their Traditional Carnival Ball (FESTA) at the Great Hall of the Club (St. Mark’s Square). The tradition goes on and only Zakynthian. 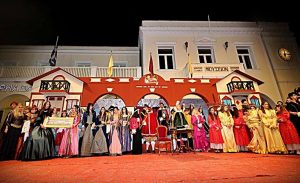 15:00 The Folk Theatre of Litakia “KOSTAS SKANTALIS” presents the Zakynthian omilia by Stathis Piskos “The mask” in the courtyard of the Cultural Centre of Lithakia (old Primary School).

16:30 Carnival dance for children at the Community centre of Agerikos by the Cultural Association of Ageriko “Antonios Marttelaos”

A 16th Century Venetian wedding in Zante.  A performance that has become an institution since 2004.  With original and spectacular scenery that will take you back in time. 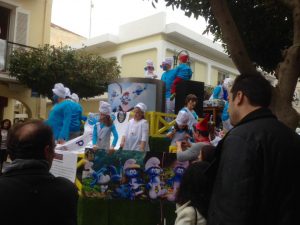 This is the day that most Carnival friends have been waiting for the highlight of the Carnival period. Floats and costumes of every kind you will find at the Zakynthian Carnival. 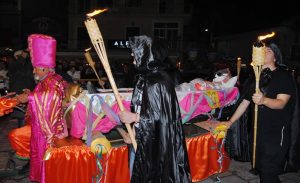 Another fun filled carnival will have come to an end. The Philharmonic of Zakynthos and the Carnival fans, with pain in their soul, accompany the Carnival King to his last home … until the next one, a year after his … resurrection.  A crazy funeral as we say in Zakynthos as we pay tribute to our Carnival … The event will be presented by the Carnival Committee of the Municipality of Zakynthos. The parade will start from the  Square of Analypis and finish at St. Mark’s Square where the Carnival will be set a light and in flames he will wish us well for the up coming Carnival next year..

After the Povero, the Mayor of Zakynthos, Mr. Pavlos Kolokotas, will launch the 2020 Carnival.

21:00 “Lettuce and Garlic”, or as we Zakynthians say Marouloskortha! The team from the “Venetian Wedding, Zante of the 16th Century” by Antonis Milanos will revive the “Anteti” of the “Marouloskortha” in the Holy Temple of St. Nicholas of Molos to wish “A happy Lent Period”.

21:00 The Cultural Association EROTOKRITOS Skoulikadou has organized a carnival ball at the Cultural Centre of Skoulikados.  Music by DJ Pomoni. (Free entrance)

21:30 The Kipseli Cultural Association KEFALOVRISOS has organized a carnival ball at Zante Village Hotel in Alykanas. During the night traditional Laganas and Halva will be offered for the start of Lent.

22:00 The LITHAKI Cultural Club has organized a Mask Ball with a Dj. The party will be held at the Cultural Centre of the Association (old Primary School). 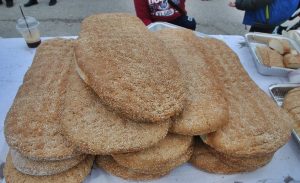 13:00 IN THE SQUARE OF KATASTARI. The Cultural Association “MORFES” will be putting on a true Zakynthian Omilia fit for the occasion, traditional dance and “glenti” the Zakynthian way.

Louise is Australian born and has been a Greek citizen since 1991. She has deep cultural ties with the island, often writing about Zakynthian Traditions and Culture. She is also an active member of the Volunteer Group of Zakynthos, Giostra Di Zante and is a member of the women's choir "Rodambelos". Her love of the island and all it offers saw her joining the Zakynthos (Zante) Informer admin team in 2014.
Previous European Lenders: Greece has made progress, but… faces “excessive imbalances”
Next Bliss and Jazz