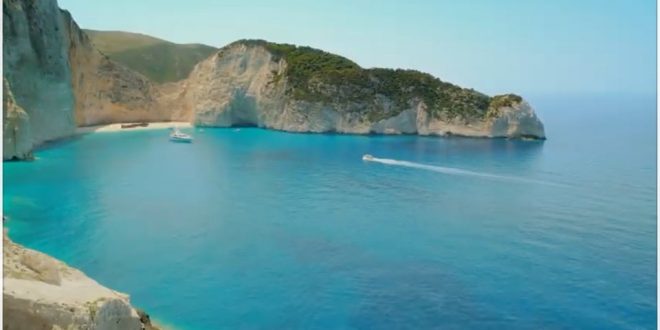 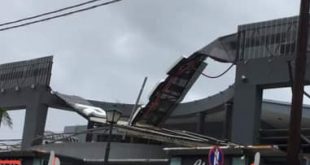 Medicane leaves trail of damage behind. No lives lost. 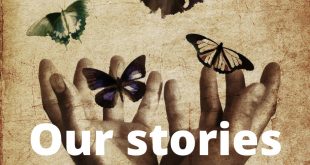 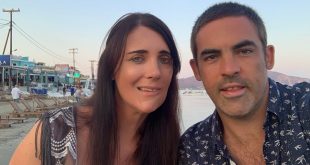 Let’s get the facts straight about our Island. 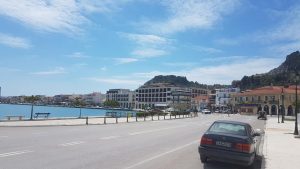 Notification on the 4th of March that a group of travellers returned from the Holy lands with covid-19.

After a confirmation of covid on a passenger, all the group had to be tested and immediately quarantined. Four people from Zakynthos were confirmed positive. On the same day all schools and public offices were closed for a 48 hour period which was later extended and eventually by the end of March we were in total lockdown. During this time and up to the 1st of July 7 cases of covid-19 were reported.

Six cases were all connected to the people who returned from the Holy lands. Sadly,the 6th patient passed away on March the 14th due to an underlying illness. From that day on up until the 1st of July, Zakynthos was covid free. Noting that the 7th case came after three months from the recorded 6th case . The 7th case was a person who recently returned from the mainland and was classed as an unknown source. There were no other cases of Zakynthian residents during this time. 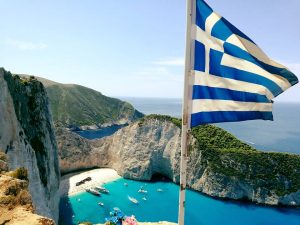 Preparations were made to start tourism and our Island was given the green light as a safe destination. The reason to this was not only were we covid free but we had the facilities to cope with increased cases if necessary. Although, many residents were against opening this year due to fears of the virus spreading, tourism took hold. Many businesses chose to remain closed saying the risks were too high and costly. Those who took the risk to open made sure that every step was taken not το cause harm to their business nor those around them.

Our Hospital alone increased its beds in the ICU and made a special covid area where testes could be done immediately.  Over time, businesses were trained in protocols and strict measures were taken to ensure that all who visited our island would be safe. People who worked in tourism were given precise protocols to start operations.

British Press and their stories.

I say stories, as quite honeslty reading most of them, they seem to be only fairtails and not quite the same picture we get here. Residents who have provided a safe environment for their guests. Residents that have worked hard to get their bussinesses open and provide a safe holiday destination. This alone goes against what the British press are saying, that Zakynthos is a place to avoid, with recent viewings of a video from a boat party taken in 2019 to back up their story. In additon, portraying that Business owners in Lagana greedy people who are not complying to our measures. One business owner, Ben Jackson had this to say

” The press are just out to attack Zante at the moment, taking things out of context and trying to tar the reputation. Businesses in Laganas have 99% followed all the guidelines given, table bookings, no more than 4/5 to a table etc. All doing their best to survive after they were told they could open, and then given new rules every few days making things almost impossible. We cancelled pretty much all events from Mid August, or moved to seated venues with strict capacity limits to follow guidelines. I guess they need something to write about. It’s a shame really. Of course there’s always going to be the 1% that try to push the limits, same as anywhere. But from my experience everyone is doing their best.”

The owner was contacted by the British press in regards to his opinion but only after they had printed their story. Is this professionalism? No wonder people do not like talking to the press. 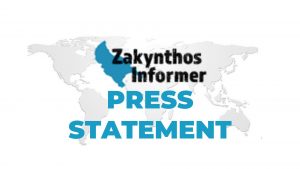 The gates of Zakynthos opened to international tourists on the 1st of July. Bearing in mind that all passengers had restrictions, had to fill out PLF forms and could be randomly tested at the airport depending on their QR codes.

A Flight arriving from the Czech Republic officially opened our tourist season. The first British flights arrived on the 15th of July bringing in around a thousand British tourists.

On the 19th of July we had our first tourist test positive with covid-19. A Polish citizen who showed no symptoms and was identified during a sampling test at the airport. Immediately protocols were in place and the tourist was taken to a quarantine hotel provided for such cases.

On the 26th of July two foreign residents returning from their homeland were confirmed as an unknown source.

Cases of covid brought in by tourists were recorded and taken to the quarantine hotel in accordance with protocol. Zakynthos Informer report on how many cases within this statment:-  Statement in regards to covid-19 in Zakynthos 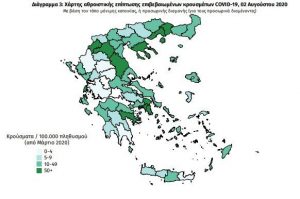 These tourists who were confirmed were mainly from Hungary and Czech Republic. No British tourist had been confirmed at this point. We do remind you though that British tourists were on the 3rd of July excluded from the 14 day quarantine list Greece had published. It wasn’t until pressure from the tourist industry and government officials the Uk was added. It was not on the “red alert” QR listing to be randomly tested and therefore were allowed to enter our country without any quarantine restrictions. Zakynthian residents questioned this at the time as the UK covid leverls were quite high at the time, causing fear that they would bring the virus in with them. We were told that screening would be made on at least 250 passengers a day. The Uk was not on the list for screening.

Now, let’s keep in mind that the UK is the biggest customer when it comes to Zakynthos and as far as Islands go, Zakynthos is a leader in sales for tour operators. Tourism peaked during the period of the 15th of August up until the 25th of August, our government predicting that this could be a dangerous period for the increased spread of covid-19, immediately took action. Not only do we get a high influx of people internationally at this time, but we also get a lot of people from other parts of Greece. 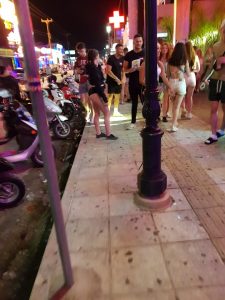 From the 11th of August, Zakynthos had to close all restaurants, bars and clubs at midnight. This was to ensure safety for our residents and our visitors to our Island.

Although businesses complained of such actions the residents of Zakynthos complied to the new rulings and made sure that their premises were closed by midnight.

Unfortunately, some of our visitors did not see it that way and ignored all the recommendations given to them by our Government and local authorities. Some tourists in the area of Lagana would not even adhere to comments made in regards to keeping measures. There are many stories by locals that some tourists refused the most simple restriction of wearing a mask. I personally, can vouch for that, after making a point that masks must be worn in the supermarket we shopped at. The tourist just simply turned round and said “That’s bullshit” and continued on his merry way. Nice description but that’s what our visitor called it.

The new measures for masks to be worn was made mandatory for indoors and outdoors came into effect on the 28th August. A message by the emergency services was sent to all mobile phones, residents and visitors alike. This was only due to the problems we were having with some of the tourists that were not social distancing. Videos of which have now been displayed nationally and internationally. This measure was not because of residents or the majority of our visitors behaving in this manner, it was purely decided upon due to ignorance of our rules by these few people.

As one visitor to our Island, Olive Jones mentions in a radio interview with a journalists in Wales.

“We are absolutely enjoying our holiday here. We have been coming here for over 24 years.”

When asked about the conditions on Zakynthos she stated, “I feel much safer here than I do in Wales”

She goes on to talk about the young people who go out and get drunk and don’t keep to social distancing, referring to them as  “foolish idiots” who do not respect the Greek rules and regulations.  She gives a very honest opinion as to what is actually going on in Lagana, although the reporter at the end said that he will “have to look into what is actually going on in Zante.” It makes me think, was this opinion not to your satisfaction? Did it not have the lies that previous reports have had?

The full interview can be heard below:- 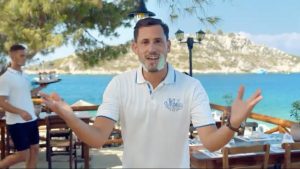 Zakynthos is NOT a “Party Island”.

This brings me to my point of writing this blog.. You are a visitor here… should you not respect the rules and regulations of a country that is hosting you? Do you not respect those who bring you into their home?

Zakynthos is our home and it is home to many tourists that visit her every year. Thousands of tourists have made Zakynthos their second home. It is not a “Party Island”. It does not just cater for those who want to party. The media should sincerely get their facts right.

Zakynthians have done their upmost best to get an environment safe for our guests. We have proven that over the months. We tried and are still trying. Why then, aren’t these people working with us? Perhaps it is sheer selfishness or the fact that they feel they can abuse the hospitality we have given them.

Over the last few days we have heard many opinions about who is to blame for this. My answer is certainly not Zakynthos! We had measures, we still have, the strict measures are enforce upon us up until the 15th of September. The residents of Zakynthos along with the majority of her guests are abiding by them.

Over the last few days we have been battered with negative stories by most British media. It is certainly not fair on us as an Island, and it certainly is not fair on the majority of visitors that are here now. Those who are working alongside with us to contain the spread. It is not fair on those who had planned to come but are now forced to cancel.

Zakynthos is still safe compared to other destinations throughout the world. Our visitors even say they feel safer here than they do at home. That has been proven not only by Olive but by the many comments on our own posts and other social media pages. Why haven’t the media taken interviews of those people? Perhaps it doesn’t sell… after all a title like those we have seen recently, certainly captures one’s interest. 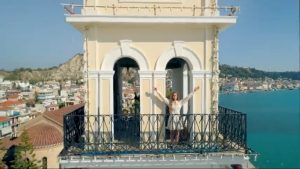 Our voice we want heard!

Our residents have become tired of the actions and backlash that these thoughtless or selfish people have caused. We have become saddened that our Island , who so many love, can be abused at anytime these people feel like and with no thought of the consequences it will have. It is time we speak out and our voices are heard.

Zakynthos is not a Party Island nor is it a hotspot for covid!!!

Louise is Australian born and has been a Greek citizen since 1991. She has deep cultural ties with the island, often writing about Zakynthian Traditions and Culture. She is also an active member of the Volunteer Group of Zakynthos, Giostra Di Zante and is a member of the women's choir "Rodambelos". Her love of the island and all it offers saw her joining the Zakynthos (Zante) Informer admin team in 2014.
Previous Japan Coast Guard suspends search for crew of missing cargo ship after finding three sailors
Next Greece:- coronavirus updates. 187 new cases, 1 death 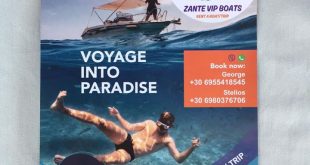