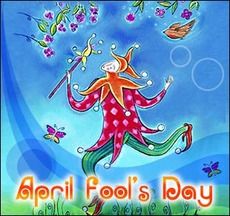 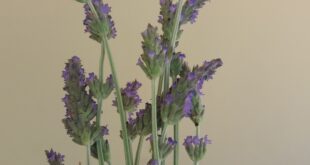 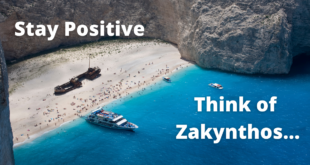 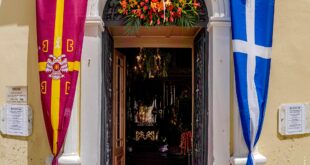 The Zakynthos Informer team would like to thank our friends, the Radio Taxi Association of Zakynthos and Lagana Horse riding centre for joining in on our April Fool’s joke… As you know our days have been filled with sadness, anxiousness and often fear of the unknown due to the Pandemic… We decided that April Fool’s day would be the perfect day to bring a smile to your face… We hope we succeeded <3

As for traditions, and you know I am one for traditions 😉 It is customary to tell white lies on the first day of April… In Greece, and of course Zakynthos, the lies can be told throughout the day, not before, nor after. So, keeping to traditions our April Fool’s stunt was given on the day… It was great to see messages and question marks as to whether it was real or not, so I for one will say that we succeeded J

Here’s a little history about the day.

This custom, as expected, was adopted in Greece over time, however, acquiring a Greek “note”. The central idea of ​​course remained the same. Innocent lies are told in order to deceive our “victim”. In fact, in some areas, they believe that whoever manages to deceive the other, will be lucky with his part for the rest of the year. Elsewhere they believe that the “perpetrator” will have a good harvest in his crops. Also, the rain water of April Fool’s Day, (if it rains) some believe, has healing properties

It is customary to tell well-intentioned lies only on the first day of April, also known as April Fool’s Day, with the custom coming to us from Western Europe, with the most prevalent versions being the following two. According to the first version, the custom was started by the Celts, the people of northwestern Europe. The Celts were avid fishermen. The fishing season started on April 1, but during that time, the fish are not easily caught.

In the same way, as fishermen of all times and throughout the year, they lied about how many fish they had caught. This habit became, over time, became a custom.

Considered more historically valid, wants 16th century France as the birthplace of the custom. Until 1564 the French New Year was April 1. This year, however, and during the reign of Charles IX, this changed and New Year was now considered January 1st.

In the beginning, not all citizens accepted this. The reactionaries continued to celebrate their old New Year on April 1, while the rest sent New Year gifts to make fun of them. This teasing became a custom over time. So, there you go… April fool’s! Either way it now is all in good fun. <3

…. Kalo Mina to all of you, wishing you and your family health above all.

Louise is Australian born and has been a Greek citizen since 1991. She has deep cultural ties with the island, often writing about Zakynthian Traditions and Culture. She is also an active member of the Volunteer Group of Zakynthos, Giostra Di Zante and is a member of the women's choir "Rodambelos". Her love of the island and all it offers saw her joining the Zakynthos (Zante) Informer admin team in 2014.
Previous Greece:- coronavirus updates 01/04… EODY 13 for Zakynthos
Next Zakynthos – a cauldron that is still boiling! 240 cases of Covid 19 in March 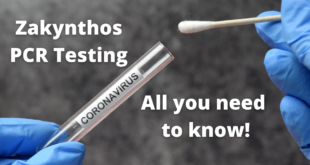