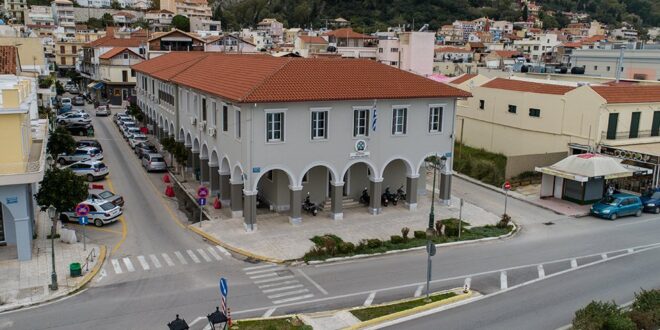 Zakynthos:- model type of Mykonos against the mafia

Louise Inzk 2 weeks ago Local, News Comments Off on Zakynthos:- model type of Mykonos against the mafia

The Zakynthos Security Department will be transformed into a sub-directorate and will be reinforced with staff, while an independent Department will be created at the airport, in order to release the Security Department forces from there, as announced today by the Minister of Citizen Protection Michalis Chrysochoidis. Zakynthos, accompanied by the Chief of the Hellenic Police, Lieutenant General Michael Karamalakis and the Director of the Attica Security Directorate, Lieutenant General Petros Tzeferis.

In essence, Zakynthos will follow the model type of Mykonos against the mafia, which was strengthened at least for the tourist season with more than 100 police officers in order to staff the newly established Mykonos Police Sub-Directorate.

The new relevant Presidential Decree provided that the Sub-Directorate will consist of the following three departments: Police, Tourism and Traffic, Security – Foreigners and Administrative Support. The first of the three departments deals with issues of uniformed policing, such as the implementation of tourist legislation, the implementation of the Road Traffic Code, the guarding of targets of possible criminal activities, etc. The Security Department is in charge of dealing – mainly – with drug trafficking, as well as irregular immigration. The Administrative Support department finally regulates issues of internal operations.

“It is our decision to prosecute crime in Zakynthos, to deal with organized crime, to deal with the drug phenomenon and a series of other acts of lawlessness, crime and delinquency, which occur on the island and especially in some places such as Laganas,” Minister of Civil Protection.

He added, in fact, that the purpose of their visit to the island, at the given time, is “to examine all the decisions we have taken recently and to see whether these decisions are implemented, pay off and satisfy the residents of Zakynthos. At the same time, to further improve the performance of the police authorities and services, which we have recently strengthened with 120 police officers, while last year we had only 17 “.

It is noted that the decision to strengthen the police presence in Zakynthos was taken in the aftermath of the two murders that shook the island, that of Christina Kloutsiniotis and a year after her husband, Dimi Korfiatis.
During his visit, the Minister of Citizen Protection, together with the Head of the Hellenic Police Authority and the Director of Security of Attica, participated in a meeting with the Police Director of Zakynthos and all the officials of the island.

Afterwards, the Minister chaired a meeting at the Regional Unit of Zakynthos office, which was attended by the ND MP of the island D. Aktypis, the Mayor N. Aretakis, the Deputy Regional Governor G. Stasinopoulos, the Thematic Deputy Regional Governor and the Deputy Governor of Finance , the President of the Chamber of Zakynthos, the Owner of the Quarantine Hotel, the Presidents of the Hoteliers’ Associations of the island, the Port Authority and the Heads of Civil Protection.

Discussions focused on police operations to tackle organized crime on the island, ensuring order in areas such as Laganas where, until recently, cases of delinquency and lawlessness were recorded, checks on compliance with measures to curb pandemics, and the protocols followed locally.

Louise is Australian born and has been a Greek citizen since 1991. She has deep cultural ties with the island, often writing about Zakynthian Traditions and Culture. She is also an active member of the Volunteer Group of Zakynthos, Giostra Di Zante and is a member of the women's choir "Rodambelos". Her love of the island and all it offers saw her joining the Zakynthos (Zante) Informer admin team in 2014.
Previous Zakynthos:- 22 month old airlifted to mainland hospital.
Next Zakynthos: “Coronavirus party” at sea on a tourist boat – ” fines and arrests”