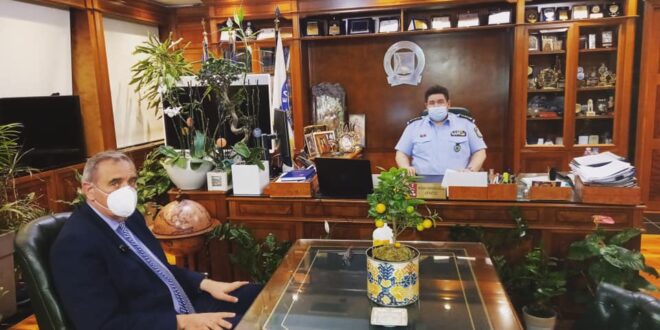 Zakynthos:- Over a 120 Police Officers in totaly by the end of June

Louise Inzk 2 weeks ago Local, News Comments Off on Zakynthos:- Over a 120 Police Officers in totaly by the end of June

In a press release by MP, Mr Dionysios Aktypis stating that more than one hundred and twenty police officers will serve on Zakyntohs Island by the end of June.

The press release as follows:-

OVER 120 TOTAL. POLICE OFFICERS ZAKYNTHOS BY THE END OF JUNE
I met with the Chief of the Hellenic Police, Lieutenant General Mr. M. Karamalakis, on Tuesday, June 1, 2021.
Th meeting was preceded by my meeting with the Deputy Minister of Citizen Protection Mr. E. Economou, as well as a series of contacts with the political leadership of this Ministry.
The main topic of discussion during the above meetings was none other than the fight against all forms of crime on our island, with emphasis on the fight against organized crime, and of course, the consequent strengthening of the sense of security of the citizens of Zakynthos. 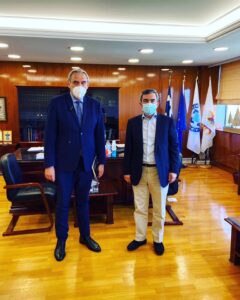 I stressed that it is imperative for our island to strengthen the Zakynthos Police Department with additional staff, for the best possible protection of citizens and visitors.
On his part, the Chief of the Hellenic Police assured me that within the current week the total force with which Zakynthos is already reinforced will amount to 55 police officers, while by the end of this month the total reinforcement of our island will exceed the 120 police officers.
It is indisputable that for both the Government of the New Democracy, and for me personally, the fight against all forms of crime is a central goal and a clear choice.
Since taking office as a Member of the Hellenic Parliament, I have visited the Ministry of Civil Protection more than any other Ministry.
️ ️Now, we are moving to the implementation of a new integrated plan of the Ministry of Civil Protection to combat organized crime. The main axis of this plan is the strengthening of the capacity of the Zakynthos Police Department and its better organization.
The safety of my fellow citizens is always at the top of my priorities.
I want my fellow citizens to be and feel safe.

News reports state that already the first thirty police officers, all members of OPKE, arrived on the island today, in order to strengthen the force of the Zakynthos Police Directorate.

Louise is Australian born and has been a Greek citizen since 1991. She has deep cultural ties with the island, often writing about Zakynthian Traditions and Culture. She is also an active member of the Volunteer Group of Zakynthos, Giostra Di Zante and is a member of the women's choir "Rodambelos". Her love of the island and all it offers saw her joining the Zakynthos (Zante) Informer admin team in 2014.
Previous Zakynthos:- Master Plan for our harbour, changes to come.
Next Greece:- coronavirus and vaccination update for Saturday 05 June