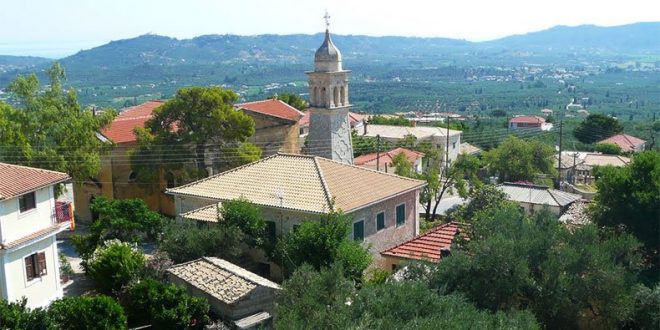 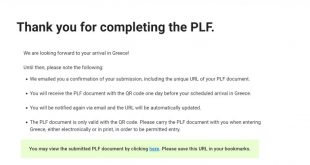 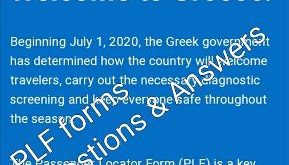 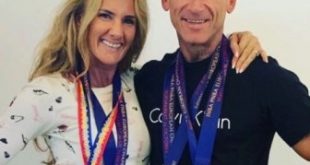 Today is the celebration of St. Marina. Known to the English as Margaret the Virgin-Martyr 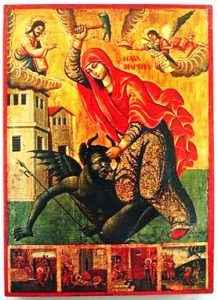 According to the version of the story in Golden Legend, she was a native of Antioch. The daughter of a pagan priest named Aedesius. Her mother having died soon after her birth. Nursed by a pious woman five or six leagues from Antioch.

Having embraced Christianity and consecrated her virginity to God, her father disowned her. Later, adopted by her nurse and lived in the country keeping sheep with her foster mother. (in what is now Turkey). Olybrius, Governor of the Roman Diocese of the East, asked to marry her but with the price of her renunciation of Christianity.

Upon her refusal, she was cruelly tortured, during which various miraculous incidents occurred. One of these involved being swallowed by Satan in the shape of a dragon, from which she escaped alive when the cross she carried irritated the dragon’s innards.

The Golden Legend, in an atypical passage of scepticism, describes this last incident as “apocryphal and not to be taken seriously”. She was put to death in A.D. 304.

Saint Margaret, as Saint Marina, with associations to the sea, ‘may in turn point to an older goddess tradition’, reflecting the pagan divinity of Aphrodite. 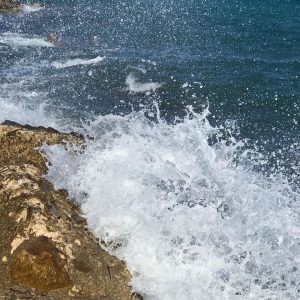 In Zakynthos, it is a tradition not to go swimming in the sea on her name day. They say that all illnesses and evil doings in which St. Marina will take from those in need are thrown into the sea. You will often here the Zakynthians today say ‘ Then pame gia banio, ine Agia Marina!’ we aren’t going swimming today, it’s St. Marina!. Others just simply say “we aren’t going swimming today you’ll drown”. This was to deter even the courageous that didn’t believe in superstition. 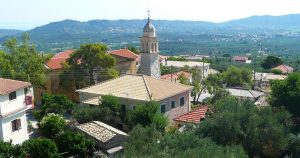 In her memory, the village of Fagia, at the foot of the Zakynthian hills usually celebrates in true Zakynthian style. After the icon in litany goes around the village and returns to the church a  “”Panagiri” takes place. Also, a recently new church at Kaminion, Zakynthos, rebuilt after its destruction in 1953, in honour of Saint Marina, they too perform a litany. A“Panagiri” always takes place afterwards.  Sadly, this year due to restrictions of coroanvirus, the traditional “panagiri” won’t take place. However, the spirit of Zakynthian in honouring Saint Marina will not go unnoticed. For those who would like to visit the church and watch the litany it will start at 20.30 tonight.

Louise is Australian born and has been a Greek citizen since 1991. She has deep cultural ties with the island, often writing about Zakynthian Traditions and Culture. She is also an active member of the Volunteer Group of Zakynthos, Giostra Di Zante and is a member of the women's choir "Rodambelos". Her love of the island and all it offers saw her joining the Zakynthos (Zante) Informer admin team in 2014.
Previous Do you think things have changed over the years? Video 37 years ago.
Next Hospital wedding for terminally ill patient 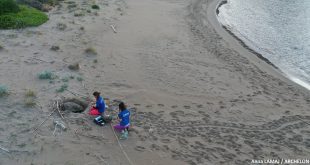