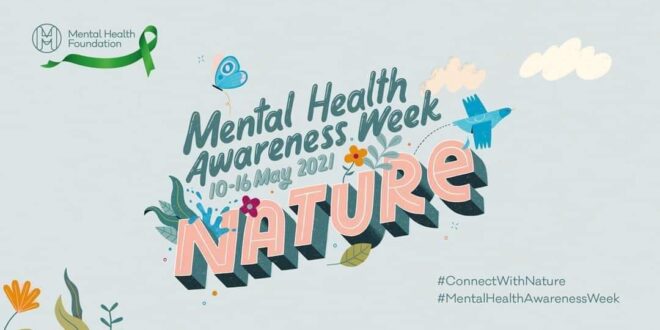 Louise Inzk 17th May 2021 Local, News Comments Off on Zakynthos:- The British Consulate meets with our local Hospital staff for “Mental Awareness” week

Mental Health Awareness Week took place from 10-16 May 2021.  In light of the occasion our very own British vice Consulate took part in the awareness programme. 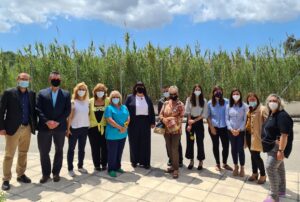 Each year the staff at the British Vice Consulate Zakynthos takes part in actions to promote the awareness of Mental Health. Last year it was through a drawing competition with the contribution of Zakynthos Informer. Many people took part from all over the world. This year as the theme was to do with Nature, the staff decided to plant a tree at our local Hospital.

The hospital’s director Mr Ragousi had been working along with Jane Basta and Helen Kapereli from the vice consulate leading up to the event. Eventually the perfect place for the tree was found and planted with the help of hospital staff and the British Consulate. 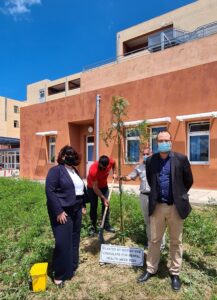 The event was honoured by our very own Vice Consul of Zakynthos and Kefalonia, Mr Mathew Delapp and the British consul of Greece and Cyprus Ms Clare Douglas who wanted to be here not only to talk about interests concerning our Island but specifically for this event. 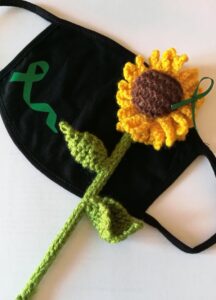 At the end of the event the British Consulate gave handed out memorabilia to key staff works.

Zakynthos Informer would like to congratulate all who were involved making us feel proud that the British on this Island still play a very active role on our Island. 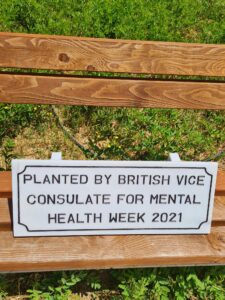 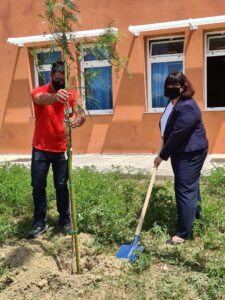 Louise is Australian born and has been a Greek citizen since 1991. She has deep cultural ties with the island, often writing about Zakynthian Traditions and Culture. She is also an active member of the Volunteer Group of Zakynthos, Giostra Di Zante and is a member of the women's choir "Rodambelos". Her love of the island and all it offers saw her joining the Zakynthos (Zante) Informer admin team in 2014.
Previous Zakynthos:- UK, Greece and Cyprus Consul meeting at Mayor’s office
Next Find your favourite place on Zakynthos with just 3 words!