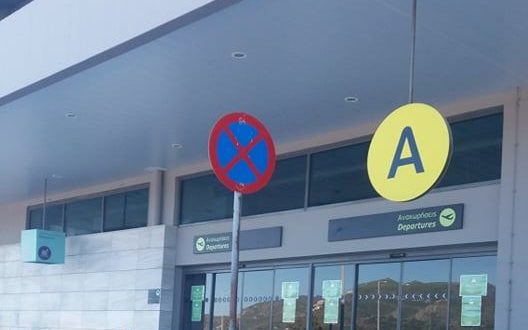 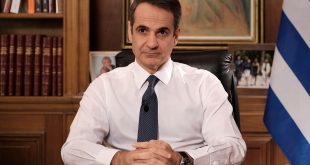 Flights to our airport have continued throughout the pandemic. However, Wednesday will mark the first international flights our airport will receive this year. In addition it will also mark the first official day of tourism on our island.

According to information and what the airport officials report, the first flight will land tomorrow, Wednesday, July 1, and will arrive at 08.40 from the Czech Republic and specifically from Václav Havel Airport in Prague. While at 18:55 p.m a flight from Amsterdam, will touch ground.

The scheduled flight of Olympic Airlines will arrive on the island, at 14.15 p.m which had not stopped its routes all this time.

Tourists from Slovakia, Poland and other countries are also expected, while our airport will not currently receive flights from Great Britain and Sweden.
However, compared to last year’s, where in 2019 there were 50 daily flights from abroad this year there will be no comparison. A change could come if there is a new government agreement between Greece and Great Britain. However, we remind you that the Prime Minister of Great Britain Boris Johnson is considering the creation of air bridges in countries with a low number of cases, with Greece being one of these countries. Of course, this does not certify that flights will be opened for regional airports as well.

Arriving at the airport.

As soon as visitors arrive, the police will first check all documentation of visitors coming from abroad, and then the Armed Forces health teams will take samples. It is estimated that 250 samples a day from visitors will be taken.
In addition to foreign flights, foreign visitors are likely to come directly from “El. Venizelos ”Athens and specifically from the flights of Olympic Airlines and Sky Express.
“Step by step, there is no need to panic, but there is no need for complacency. It is key to be able to keep alive and timely the measures we need to take, masks, hand washing and distances. These three must accompany us for the next three months. It is our shield against anything else, “said Deputy Minister of Civil Protection Nikos Hardalias during his visit to Zakynthos airport last Friday.  Those involved in tourism are anxiously waiting to see how July, August and September will turn out, since May and June have already been lost.

Louise is Australian born and has been a Greek citizen since 1991. She has deep cultural ties with the island, often writing about Zakynthian Traditions and Culture. She is also an active member of the Volunteer Group of Zakynthos, Giostra Di Zante and is a member of the women's choir "Rodambelos". Her love of the island and all it offers saw her joining the Zakynthos (Zante) Informer admin team in 2014.
Previous Hong Kong security law: China passes controversial legislation
Next Greece:- What makes Greece so special? (Video).