Louise Inzk 1 week ago Blog, Uncategorized Comments Off on Zakynthos: Why are these German tourists cleaning our beaches? 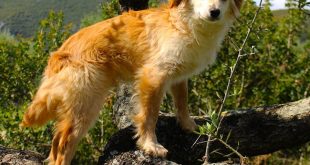 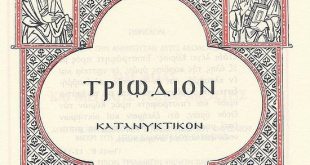 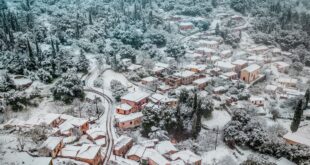 Zakynthos:- Walking in a winterland! Spectacular photos of our mountain villages covered in snow.

At the beginning of January 2021, Alex Ditzel (31 years) and Olga Ditzel (31 years) from Berlin, Germany, decided to spend winter on Zakynthos. While the couple enjoys working remotely around the beautiful island, they also saw a lot of washed up plastic trash on its beaches,  otherwise so beautiful beaches.

Both have their own companies which focus on sustainability: While Olga is the owner of the sustainable fashion brand BehaviorEco Alex is the founder of sustainable travel company TripLegend. “We believe that tourism is also connected to doing good for the local people, the environment and the wildlife.” 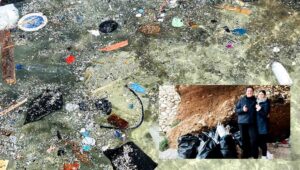 Βeach Cleanup Zakynthos: Where did the idea come from?

Alex and Olga have been on the island before. Alex said “We know that the beaches are the breeding ground for the Caretta Caretta turtle, who lay their eggs on the beach, and we were shocked at just how much plastic trash is lying on the beaches.”

While taking a walk to Makris Gialos beach, both were bewildered by the amount of trash lying on the beach. So they decided to pick up all the trash with their own hands and put it into the trash containers next to the beach. In the end, we filled the previously empty 500 liter trash container up to the top with plastic bottles, plastic caps and styrofoam from the beach.

So over the last weekends the couple geared up with gloves and big garbage bags and also cleaned the beach at Porto Vromi and the one close by at Porto Vromi Maries.

At Porto Vromi beach they collected over 200 plastic bottles, over 1,000 plastic bottle caps, dozen chunks of styrofoam, plastic straws, plastic cups, plastic oil canisters, construction foam and much more microplastic. “We ended up with 9 huge garbage bags each 120ltrs and we needed to drive twice to the trash container in Anafonitria.

Beach cleanup Zakynthos:- Why is it important?

Every minute an equivalent of a dump truck full of plastic is entering our seas and oceans. Plastic is a real problem world wide. “But the biggest problem is actually that fish that eat the small broken plastic pieces and its toxic ingredients transfer into its meat. Which in the end, we humans eat.”, says Alex.

It is surprising to see that the island Zakythos that is so reliant on tourists, does so few things to avoid pollution of its biggest asset: Nature. Santorini for instance is aiming to become a plastic free island. “We are less than two months on the island, and I can already name you at least 5 sites where people dumped large piles of trash, like mattresses and construction waste, into nature.”, says Alex.

Beach Cleanup Zakynthos: What can the government do?

One step could be to install more public trash cans in the villages, at the beaches and along streets. A huge step would be to install a country-wide system in supermarkets for bottles and cans with refundable deposit. This system exists already in Austria, Croatia, Denmark, Estonia, Germany, Norway, Sweden. “In Germany you get from €0.08 to €0.25 per bottle or can and everyone is using it. I saw a bottle recycling at the AB Supermarket, but it is not working at least since the beginning of January.”, says Alex

Beach Cleanup Zakynthos: What can I do?

Try to avoid plastic wherever possible. For instance, bring reusable shopping bags to the supermarket. Try to buy fruits and vegetables that are not packed in plastic. Look for recycled or non-plastic packaging, like paper. Most importantly, throw your trash always in a trash can and split it into recycling and regular trash. And if you want to do something extra, pick up the plastic you see on the way and become a role model for everyone.

You can also sign this petition by Greenpeace against single use plastic Green Peace. Stop the Plastic Monster.

For the Full story in Greek please click on source link:- ZanteTimes.gr

Louise is Australian born and has been a Greek citizen since 1991. She has deep cultural ties with the island, often writing about Zakynthian Traditions and Culture. She is also an active member of the Volunteer Group of Zakynthos, Giostra Di Zante and is a member of the women's choir "Rodambelos". Her love of the island and all it offers saw her joining the Zakynthos (Zante) Informer admin team in 2014.
Previous Home-made device explodes at company founded by PM’s wife
Next Parthenon Marbles “not particularly inspiring… return them to Greece,” says ex Museum trustee 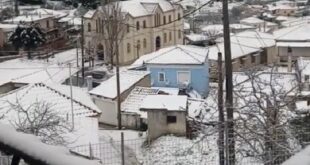 The bad weather which has been named “Medea” is in Zakynthos. Early this morning Monday …