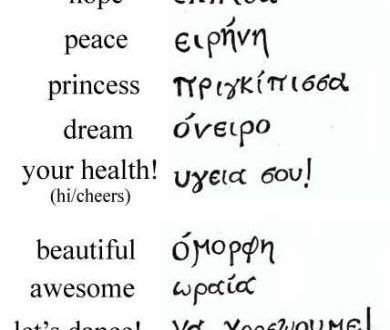 Majority of islanders consider migration as “a threat to Greece”

Zakynthos inspires Greeks all over the world.. you may ask “ why?” Well, today is not only officially International Greek Language Day, but it is also when we commemorate our National Poet, Zakynthian born Dionysios Solomos. 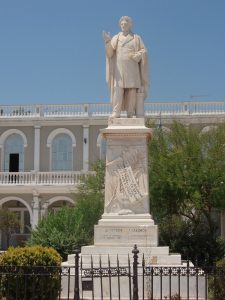 As far as getting a national day to commemorate the Greek language, her customs and traditions, the language declaration came after the joint decision of the Minister of Interior Affairs, the Minister of Foreign Affairs and the Minister of Education, Research and Religious Affairs. It is no coincidence that the commemoration of Dionysios Solomos is also recognized on this day either. After all, he did write the Greek National Anthem. His poem speaks of “Freedom.” 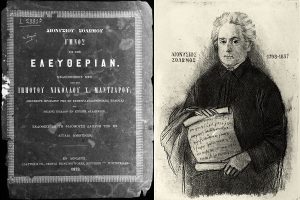 It was written during The Greek Revolution in 1821 and the Exodos of Mesolongi was what inspired him to write the Hymn to Liberty. Sitting on the Hill of Strani, he could hear the war across the seas in the distance. There are 158 stanzas to the poem, which began to inspire others when it was published in 1824. In 1825 it was translated into French and then later into other languages, it became the flag bearer of Solomos’ greatest piece of writing. It was then set to music by Nikolaos Mantzaros in 1865. It also later became the official National Anthem of Greece and in 1966 of Cyprus. It still stands as the longest written Anthem in the world.

Below is a video of the first stanza of the National Anthem that is mostly sung. The choirs are two very well known choirs in Zakynthos. The women’s choir “ΡΟΔΑΜΠΕΛΟΣ” (Rodambelos) and the historical men’s choir of “ΦΑΝΕΡΩΜΕΝΗ” (Faneromeni). Both choirs paid tribute to Dionysios Solomos.

The Greek language has a long and well-documented history. It is the longest of any Indo-European language, spanning 34 centuries. It is considered to be one of the hardest languages to learn. Reading and writing Greek however, is easy once you have learnt the basic phonetics. Many words used in English and other European languages come from Greek words and I am sure you know that most words in medical terminology are Greek.

So, what better way to celebrate and commemorate Greece as a whole!!!

Now for the language….. what words do you know in Greek?

Louise is Australian born and has been a Greek citizen since 1991. She has deep cultural ties with the island, often writing about Zakynthian Traditions and Culture. She is also an active member of the Volunteer Group of Zakynthos, Giostra Di Zante and is a member of the women's choir "Rodambelos". Her love of the island and all it offers saw her joining the Zakynthos (Zante) Informer admin team in 2014.
Previous Storm Ciara: Travel disruption as UK hit by severe gales
Next Masks prices skyrocket by 300% due to increased demand also by Chinese in Greece

Greece on high alert after corona virus outbreak in Italy