Bochali Castle is situated on the hill above Zakynthos Town. Dating back to Venetian times the castle still exists today, and is generally open in summer months. Bochali village is also worth a visit, and the view of Zakynthos Town and its harbour is stunning.

The Blue Caves are large geologic arch formations, and hidden caves that are situated on the north-west coast of the island, between Skinari and Agios Nikolaos. They are very popular with visitors and can be visited by boat.

Kampi is an area on the west of the island. It has a large concrete cross in memory of those who died during the Civil war. The views from Kampi are breathtaking out across the sea and Kampi is also close to the beautiful and traditional mountain villages of Exo-Hora, Volimes and Maries.

Keri Caves and Lighthouse are situated on the south-west of the island. The caves and small beaches can be reached by boat. Above the caves, on the Keri headland, sits the lighthouse. It is one of the best places on the island to watch the sun set and the view out across the sea is incredible.

Marathonisi island is a small island in Laganas Bay, just opposite Agios Sostis. It was inhabited just before the second world war, but nowadays it is not occupied by humans. It is now one of the areas where the islands turtles breed. The island can be accessed by boat for visitors who are interested in exploring it. 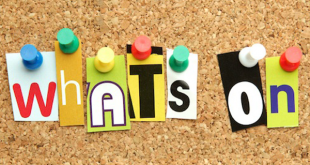 SATURDAY, 2nd MARCH THE FESTIVAL OF THE GLAOUNA Where – at the old school in Kallithea, headquarters …