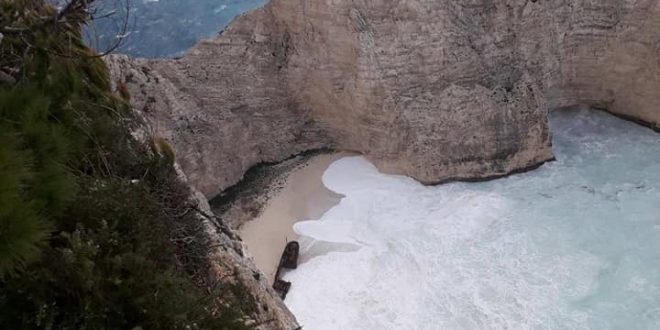 Is our “Shipwreck” in Turkey?

Louise Inzk 12th February 2020 Local, News Comments Off on Is our “Shipwreck” in Turkey?

It’s always great to see the island advertised especially as we’re heading towards another exciting summer season. But imagine our surprise when a picture surfaced which looks to be from Aldi’s German travel magazine selling an excursion entitled Turkei Blaue Reise (Turkey blue travel) with a photo of Navagio beach on Zakynthos! 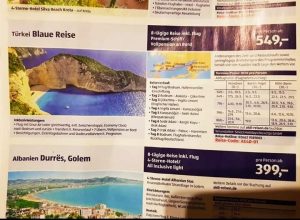 After confirming it was from Aldi’s magazine we contacted Aldi via twitter, as yet we haven’t received a response regarding the error,  but those who book this trip will probably be very confused when they don’t end up seeing Navagio on their holiday to Turkey! 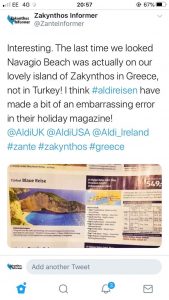 Considering what is happening politically with Turkey and Greece, you would think that our European partners, would be more careful when it comes to advertising Turkey as a holiday destination. More specific the German based company Aldi seems to have used our world famous land mark the “shipwreck” as their ploy to attract customers to book Turkey. 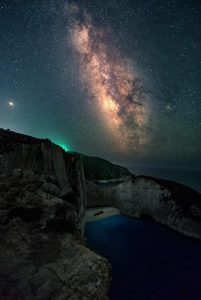 Needless to say this has caused outrage amongst Zakynthians and on most of our social media pages. One page has called for our authorities to intervene as not only does this cause concern but it leads to the question as to how could a company such as Aldi make such a huge mistake..

Louise is Australian born and has been a Greek citizen since 1991. She has deep cultural ties with the island, often writing about Zakynthian Traditions and Culture. She is also an active member of the Volunteer Group of Zakynthos, Giostra Di Zante and is a member of the women's choir "Rodambelos". Her love of the island and all it offers saw her joining the Zakynthos (Zante) Informer admin team in 2014.
Previous Non-pharmacists can open and operate pharmacies, Council of State rules
Next Coronavirus: ‘Way too early’ to predict end of outbreak, WHO says