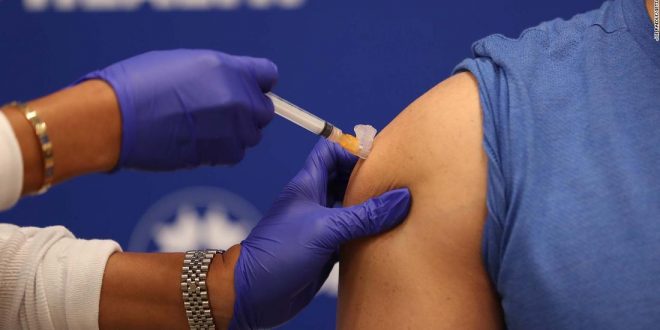 The Pfizer / BioNTech vaccine is more than 95% effective against COVID-19, but its level of effectiveness is greatly reduced when one takes only one of the two doses. According to a study conducted in Israel, which is the largest that has been done to date in real conditions.

The study, published in the medical journal The Lancet, found “the public health benefits of a national vaccination program,” according to Pfizer and Israeli government scientists.

They do point out that in Israel, the world champion in vaccinations, they “were the main driving force behind the reduction of COVID-19 infections.”

However, we should be careful about generalizing these findings to other countries. As the speed of vaccination programs and the evolution of the new coronavirus pandemic vary from country to country, they warn.

This study is the version published and reviewed by other independent scientists of the first results announced in March by Pfizer and the Israeli Ministry of Health.

The analysis mainly concerns the effectiveness of the vaccine against the variant strain of the new coronavirus first identified in Britain, B.1.1.7, which is dominant in the country.

The study shows that the vaccine is “very effective” in those over 16 years seven days after the second dose. It protects by 95.3% against infection, by 97.2% against hospitalization and by 96.7% against death. These levels of protection remain similar for those over 85 years of age.

However, these are significantly reduced when people have received only one of the two doses of the vaccine. 57.7% against infection, 75.7% against hospitalization and 77% against death in those over 16 years of age.

This study “shows the importance of a complete vaccination in adults” in two doses, say the authors of the study. According to them, a single dose can also provide a shorter protection, especially with the emergence of variant strains of the new coronavirus that are more resistant to the vaccine.

During the analysis period, 232,268 confirmed COVID-19 infections were recorded in Israel (with 4,481 serious infections and 1,113 deaths) and almost 95% of the samples tested were from the British variant strain of the new coronavirus.

The researchers point out that this did not allow the effectiveness of the vaccine against the South African variant, which is also being marketed in the country, to be studied.

In February, a first large-scale study (1.2 million people) conducted in Israel and published in the NEJM review came to similar conclusions.

Liz Osborn's first experience of the island was as a holiday rep in 1992. She fell in love with everything Zakynthian and has been here since then. Liz became a Greek citizen in 2003 and has been active in tourism and the Greek life over the years. Liz's support of the island saw her joining the Zakynthos Informer team in 2020
Previous At the end of the month, the platform for all vaccines at younger ages will open
Next New start from Monday for elementary and high school students Parents demand more measures – D. Pothos and D. Georganos speak on the DAY