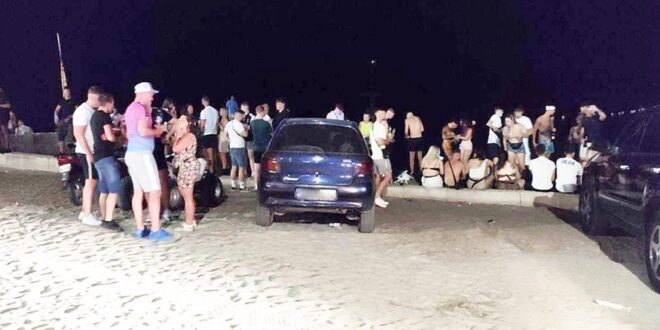 “NO” to last season ‘s mistakes Chrysochoidis visit in May

Liz Osborn 3 weeks ago Greece, International, Local, News Comments Off on “NO” to last season ‘s mistakes Chrysochoidis visit in May

• Teleconference under the Ministry of Citizen Protection
• Checks in Laganas and staffing of the local EL.AS.
• At the initiative of the Chamber the teleconference

We must not repeat last year’s mistakes. We must let the new season run as smoothly as possible for the tourism entrepreneurs. The administration of the Chamber of Zakynthos, took the initiative to hold a video conference. With the Minister of Citizen Protection, Michalis Chrysochoidis. They wanted to give timely answers from the competent ministry, but also to have a specific plan.

The meeting was also attended by the Police Director of Zakynthos, executives of the Hellenic Police, tourist and productive organizations.

The president of the Chamber of Zakynthos, Fotis Kottis, stressed. It was a very important teleconference, in which critical issues were raised that concern the businessmen and the inhabitants of the island in view of the new season. The most important thing is not to repeat what happened last year.  When the season ended in a hurry and with problems from the British market due to cases, defamation and cancellations.

“There is a will from the Minister to address the problems and to have staffing of the local EL.AS. Also to achieve the consolidation of Laganas. Not to observe last year’s phenomena that the season “closed” from the English market. We must not face these same issues this year. In fact, six islands were closed and among them was Zakynthos “.

Mr. Kottis even noted that it is imperative to strengthen the local EL.AS., so that it can cope with the increased demands of the summer.

“Next month we will welcome the Minister to the island. He promised to come. A reinforcement of 50 people had been announced and we are waiting for it “.

G. Tsourounakis: “Measures to prevent Zakynthos from being quarantined again”

The vice-president of the Hoteliers Association of D.E. Laganas, George Tsourounakis, pointed out that specific measures must be taken in order not to observe crowding this year at a beach party.

“As you know, last year there were large gatherings of many people on the beach of Laganas in the evenings. This created a serious problem on the island. We reached the point a month after the start of last season that tour operators from Great Britain put us in quarantine and the season closed.

This was a great loss for Zakynthos. The cost of the reservations we already had. In addition to those that would be made was around 75 million euros.

It is good that some measures are taken and that the same does not happen again. We do not want to risk being quarantined because this year, if we assume that the season starts earlier, the damage will be very large if we stop on July 15 or 30.

Liz Osborn's first experience of the island was as a holiday rep in 1992. She fell in love with everything Zakynthian and has been here since then. Liz became a Greek citizen in 2003 and has been active in tourism and the Greek life over the years. Liz's support of the island saw her joining the Zakynthos Informer team in 2020
Previous In Ioannina for surgery Theodoropoulos and Ypsilos – With the help of the president of Tsilivi
Next Zakynthos to come down a category in regards to the Covid map.